Over six thousand photographs were submitted to "Geograph" during the week for which I won the honour of selecting the "photo of the week". Fortunately, one of the project's moderators had whittled the large number of eligible pictures down to manageable shortlist of forty five. There were numerous wonderful photos amongst them including these two superb pictures taken in the English Lake District:- 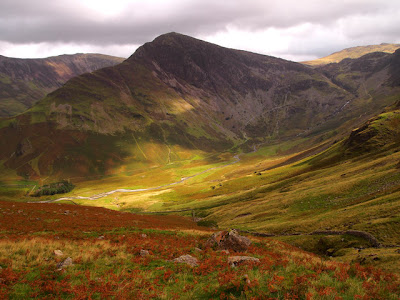 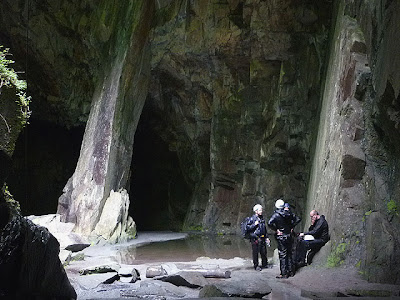 They came very close to winning but in the end I plumped for an action photograph taken in unpromising light conditions by a fairly new member of the mapping project who had never won before. The fact that he lives in Scotland and that the picture was even snapped in that heathen bagpipe-ridden land were negatives that I overlooked in making my judgement:- 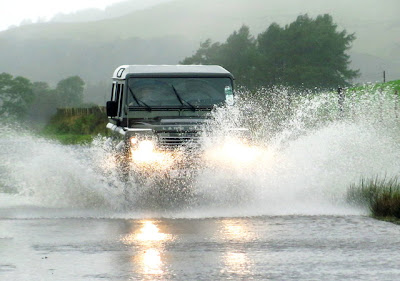 I recognise the difficulty in taking a picture like that and I also notice the headlights with their reflections in the flooded road. The photographer called this picture, "Remnants of Katia" after the hurricane of that name that was recently exported to these sceptred isles by our American cousins. Grey squirrels, "Dairylea" slices, the atomic bomb, "Whoppas", Dan Brown and now hurricanes. What's next I wonder?
- September 25, 2011