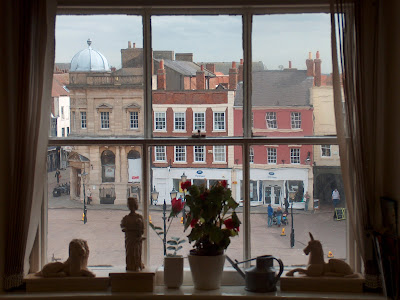 In the USA there at least fifteen townships called Newark, including Newark - New Jersey but the original and authentic Newark is situated in the heart of Nottinghamshire, England. I had never been there till last week when Shirley and I paid the town a call on our way down to Nottingham where our son Ian is now living and working.
Newark-on-Trent is a place steeped in history with a large and imposing market square that speaks of its former prosperity. It is situated on Fosse Way - a significant Roman road that linked the city of Exeter (Isca Dumnoniorum) in Devon with Lincoln (Lindum). Newark's ruined medieval castle overlooks the River Trent from a lofty riverside mound, demonstrating the town's strategic and military importance in past times.
Once the town boasted a very large number of pubs but now it seems to favour charity shops. The tower of medieval St Mary Magdalene church soars above the rooftops and the Buttermarket building still looks proudly across the main square. 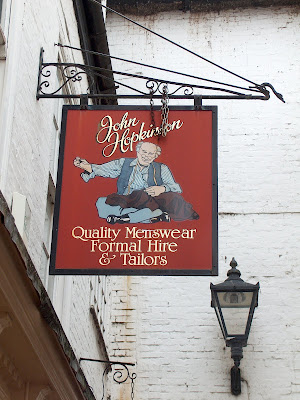 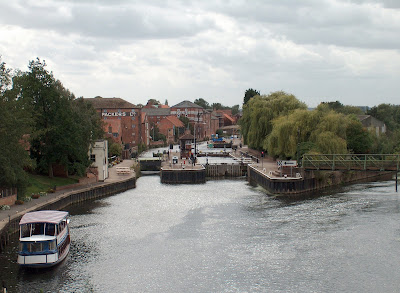 After delicious bowls of homemade Italian soup in a small cafe off the marketplace, we went into the Buttermarket and noticed a lift up to the town's art gallery and town museum. We were greeted by Dora - an eighty year old escapee from London who seemed thrilled to have two visitors to show around. The highlight was going behind the scenes for a private viewing of the mayoral chambers with oil paintings of former mayors and precious ceremonial objects dating back to the sixteenth century. We also got to see the newly refurbished ballroom.
The town has many lovely Georgian buildings and as you walk around you can sense its former glory - merchants and bankers, market days, rustling petticoats, doffed caps, carriages and horses hooves on the cobbles - in days when travelling south to London would have meant a mammoth three day coach expedition along rough and often muddy roads. 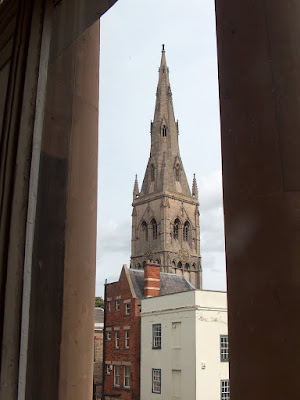 Though most of the people in the town seemed well-to-do as they went about their daily business, I noticed a group of street drinkers quaffing cheap cider in the church grounds and some other shadowy folk whose poverty and hard luck stories were displayed unmistakably in the clothes they wore, their cheap cigarette smoke halos and the slightly haunted expressions ingrained upon their furtive faces as they pushed hand-me-down pushchairs or rooted through charity shop stock or huddled outside the local Wetherspoons. I reminded myself that it's their England too. 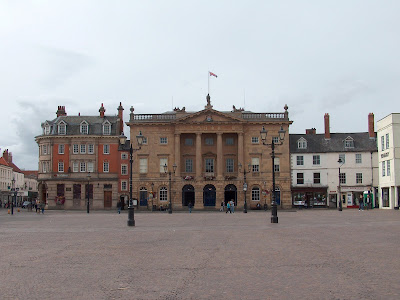