Grimesthorpe? Great name don't you think? It's not the kind of place you'd expect to find Old Etonians or posh ladies in mink coats climbing out of Jaguars. Not to be confused with Grimethorpe near Barnsley, Grimesthorpe was once a hamlet ( a thorpe) in the former leafy countryside outside Sheffield. It is situated beneath the "Roman ridge" where two thousand years ago there was a Roman lookout post.
Grimesthorpe conjures up images of smoky industry, the clanking of metal hammers, workers bent double like figures in a painting by Lowry and indeed the neighbourhood owed its lifeblood to the steel industry throughout the nineteenth century. But etymologically, the name has nothing to do with muck or grime, the first syllable is in fact derived from the surname "Grimshaw" - a family that inhabited the place in the middle ages.
Apparently in 1840, a guide to the Sheffield area, described Grimesthorpe as "exceedingly striking, and partakes in some degree of the grotesque". Geography and surrounding industry turned Grimesthorpe into a suburban island populated by steelworkers, coal miners, quarrymen and their families. The community raised the funds for a parish school and an imposing church - St Thomas's - which is now used as a circus school. Arguably the world would be a better place if all churches, mosques and temples followed St Thomas's example.
England boasts many evocative place names from Cockermouth to Shittington and from Broadbottom to Crapstone. But as with Grimesthorpe, such vaguely comical names rarely reflect the true character of the place. This was Grimesthorpe today:- 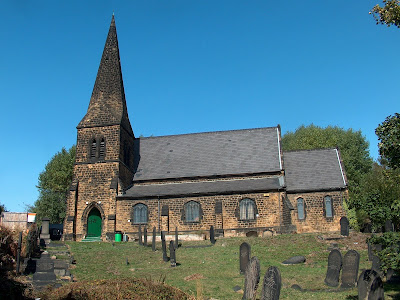 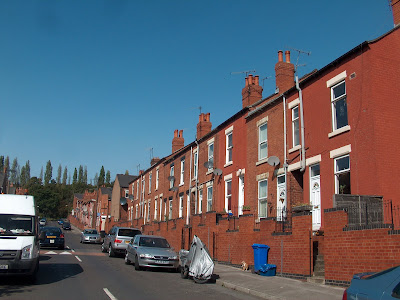 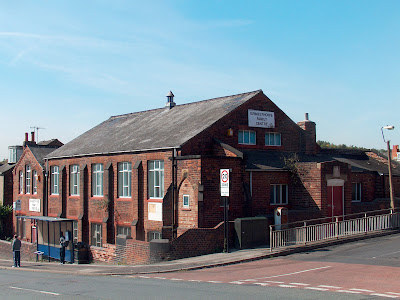 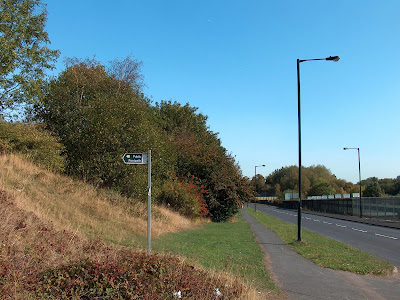