"I'm a rover and seldom sober, I'm a rover of high degree"
We have just had the hottest September day ever recorded in Yorkshire - and it was the last day of the month - not the first. So once again I was rambling. This time to the north west of the city in the vicinity of Bradfield which is actually two villages a few hundred yards apart. Down in the valley there's Low Bradfield, nestling beneath Agden Reservoir and up on the hill there's High Bradfield with its picturesque church, its sturdy stone dwellings and "The Old Horns Inn".
I realise that some non-English (alien) visitors have enjoyed seeing my last two batches of local photos so at the risk of boring other visitors senseless, I have another photographic offering for you. Today I was like Heathcliff, tramping the moors, at one with the elements which were incredibly benign, putting Heathcliff's troubled soul at rest... "A half-civilised ferocity lurked yet in the depressed brows and eyes full of black fire, but it was subdued; and his manner was even dignified: quite divested of roughness..."
After three hours of rambling I returned to our coach and ventured in to "The Old Horns" where I purchased a simple luncheon of broiled rabbit, a thick wedge of Wensleydale cheese and a slab of warm farm bread. In the murky candlelight, I recognised the inn's young landlord - yon Edgar Linton from Thrushcross Grange - still as pale and bony as a skellington. What Cathy spied in him only the Almighty knows. For my part, I would have whipped him and left him to weep in the company of yon wretched whelps. But I quaffed my glass of bitter Farmers' Ale and continued on my journey across the naked moors back to Wuthering Heights.
Oaks Farm across Damflask Reservoir:- 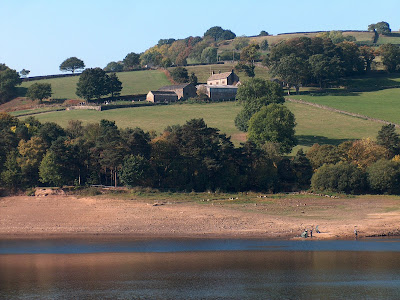 View to the cricket pavilion in Low Bradfield:- 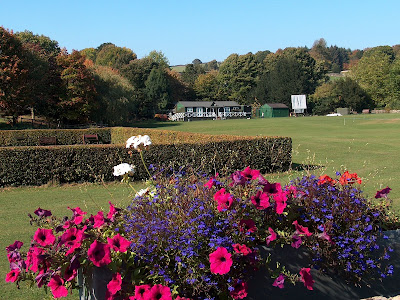 Window of an abandoned farm in Coumes Woods:- 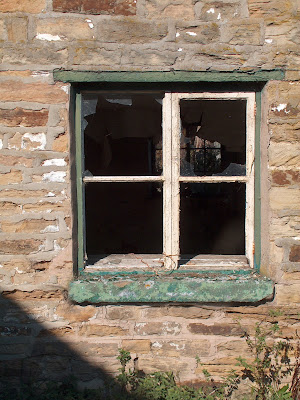 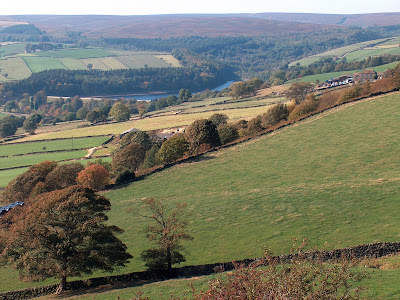 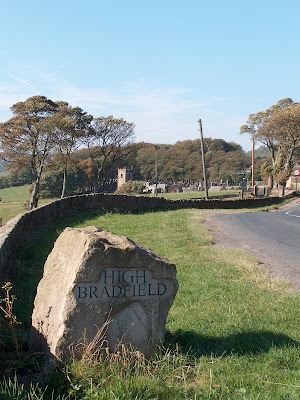