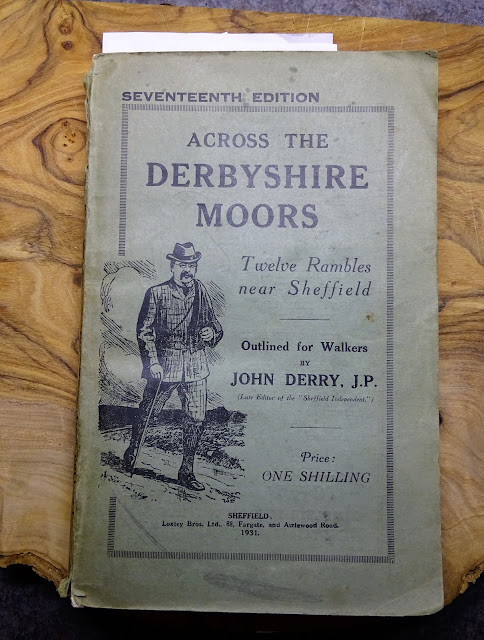 A couple of weeks ago I bought an old book from the Oxfam shop. It's called "Across The Derbyshire Moors" and it was printed in Sheffield in 1931 - that's eighty eight years ago. Written by a  local Justice of the Peace and newspaper editor  called John Derry, it is essentially a guide to twelve country walks in the Sheffield region. Needless to say, all of John Derry's recommended walks are very familiar to me.

The little book also contains several advertisements for local businesses.. For example on the back cover there's an advert for "Sugg's" - a sports and outdoors shop located on Angel Street. It claims to provide "Everything for THE RAMBLER" including a 14 inch x 14 inch rucksack "with outside pocket". This retailed at two shillings and sixpence which is twelve and a half new pence in our decimal money or sixteen American cents. 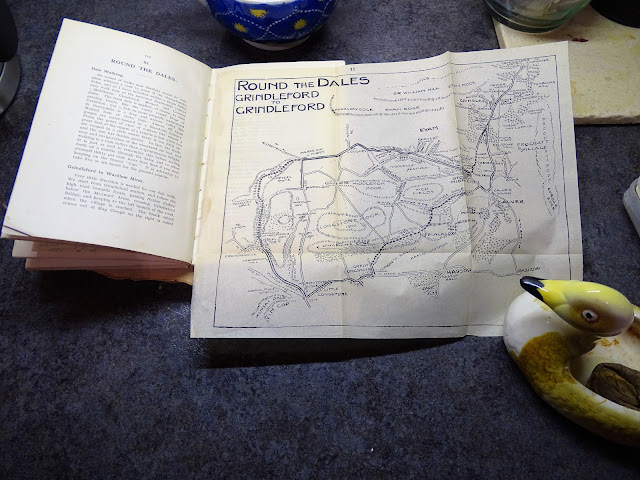 Sugg's also advertised a portable tent for two or three people - retailing at seventeen shillings and sixpence - well under one British pound.

In the introduction John Derry urges ramblers to be respectful of the countryside. He says - "Remember that to smoke on a heath-covered grouse moor in summer is as rank treason as to smoke in a friend's stackyard seated on the straw."

Each of the twelve chapters contains a folded reproduction of a carefully hand drawn map. It's not clear who first made these maps. Perhaps it was John Derry himself.

As I read through "Across the Derbyshire Moors" I sensed the author's passion for the great outdoors. He is aware of geology, plant life, history and, the way paths bend and rise and he celebrates beautiful views, sometimes bemoaning modern changes to the landscape. It is a guide book - yes but it's driven by the writer's personality and his love of walking. Of course, I felt a strong connection with him.
John Derry died in 1937 and therefore did not witness World War II or its legacy. He speaks from a more innocent and simpler time. When Ladybower Reservoir had not yet been constructed, when tramcars carried ramblers to the edge of the city and when Harrop's sold something called "Solvit". I have no idea what it was but I very much doubt that it had anything to do with crosswords. 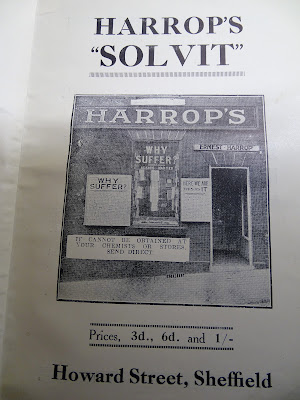