PART TWO
I thought that London was busy but the traffic in Mumbai was horrendous. As we drove from the airport to my hotel, there were times when I closed my eyes, fearing that we were about to crash. But Mr Singh seemed unconcerned. As he manoeuvred his silver Suzuki Swift through red traffic lights and around noisy street sellers with handcarts, he laughed manically and slapped my thigh, his golden tooth glinting in the streetlights.

He dropped me outside The Hotel Kohinoor and promised to be back bright and early in the morning saying, "I get you very good escort sahib! Nightie nightie!"

After my flight, I was exhausted and flopped on my bed without unpacking. I was looking forward to my tour of Mumbai with a local escort and as I slumbered I dreamt of elephants and punkah wallahs and The Gateway of India that had greeted my mum and dad in the summer of 1942.

Sunlight pierced the curtains and I stirred, reminding myself that I was not in my own bed in Sheffield but on the third floor of The Hotel Kohinoor, Mumbai. I took a shower and was in the process of dressing when there was a rapping on my door. It was Mr Singh.

"But I haven't had breakfast yet!" I grumbled.

"No matter Sahib Pudinge, I have breakfast with you. We picking your escort no?" he winked.

In the buffet style breakfast room, Mr Singh's fingers slid across his i-pad as I ate my muesli and paw-paw. I was surprised to observe that every one of the escorts he was showing me were young women and some of them were clearly under-dressed. I queried their qualifications but Mr Singh assured me that they were all experienced escorts. I had been expecting academics or more mature residents - proud to show off their city.

The escort fees were much higher than anticipated - around £250 a day! But having just won that very amount on the football pools back in England, I thought easy come-easy go. Almost randomly I selected a young woman called Sweety Patel, a twenty year old "collage girl" who "love making friendly nature". This was her profile picture:- 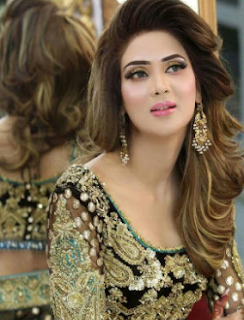 Mr Singh approved of my choice, slapping me on the back. "Sweety very popular escort! Good jiggy jiggy!"

I had no idea what he was talking about.

An hour later there was a gentle tapping on the door of my hotel room. It was Sweety Patel. She looked just like her picture and she greeted me by running her false red nails through my hair while latching her fulsome lips onto mine like a whelk in a rock pool. I could hardly breathe but I didn't wish to cause offence as I supposed that this was the way in which escorts greet their clients in Mumbai. I noticed that she smelt of soap.

Pulling away and panting, I said, "Well let's get going then Sweety."

She looked puzzled and so I elucidated.

"I want to see everything. The Chhatrapati Shivaji Terminus railway station, Elephanta Island, The Haji Ali Dargah, Dhobi Ghat, The Hanging Gardens and of course The Gateway of India. I leave it up to you to suggest somewhere for lunch but I am rather partial to a decent curry."

"Whatever you wanting sahib," she replied huskily.

With a somewhat furrowed brow, Sweety picked up her bejewelled handbag and we wandered out into that hot tropical morning. She flagged a taxi and we joined Mumbai's version of The Wacky Races. Horns bleated and whistles were blown. Fruit sellers flogged their wares and rusty old buses belched diesel fumes. Sweety snuggled close to me on the back seat, squeezing my right arm.

It was going to be a day to remember.