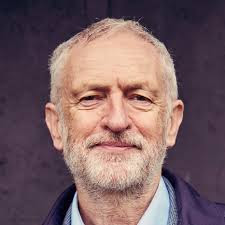 Britain's Labour Party is allegedly riddled with anti-semitism. The story has been rumbling on for ages. Yesterday, the former leader, Jeremy Corbyn was suspended from the Labour Party for simply suggesting that the claims have  been exaggerated.

I have followed the anti-semitism story for quite a while, reading newspaper articles about it and watching television news items. However, it has been almost impossible to determine the exact nature of the anti-semitic acts. What was done? What was said? Did they occur via social media?  How many of those tweets were actually from mischief-making Conservatives?

If you put say "Examples of anti-semitism in The Labour Party" into Google you will not be led to any examples - just to general articles about the anti-Semitism row. The examples - that is the evidence - are kept so well hidden that you wonder how much substance there is to the entire story. It is possible that I could be accused of anti-semitism just by harbouring such a thought!

Sometimes Judaism and the state of Israel are so conflated that any criticism of Israel may be interpreted as anti-Semitism. Interestingly, it is worth remembering that 21% of Israeli citizens are defined as Arabs who of course do not follow the Jewish religion.

Yet, when I watched "Life of Brian" by the Monty Python team I laughed. And I laughed at "The Vicar of Dibley" and "Rev" and when I read books and essays that disputed the existence of God or lambasted The Church of England I did not feel affronted. It was perfectly fine.

With Judaism it's apparently different.

To any Labour people who might stumble across this blogpost, I have some survival advice. Never speak about Israel. Never refer to the beleaguered Palestinian people and The Gaza Strip. Never mention synagogues or West Bank settlers. Never comment upon American support for the state of Israel. To use a Yiddish word, just keep schtum. It's easier that way.

I  leave the final words to Jeremy Corbyn: "Labour is an anti-racist party to its core and has a long and proud history of standing against racism, including anti-semitism. I have campaigned against racism all my life and the Jewish community has been at the heart of the Labour party and progressive politics in Britain for more than a hundred years...There is no place for anti-semitism or any form of racism in the Labour party, or anywhere in society, and we will make sure that our party is a welcoming home to members of all communities."