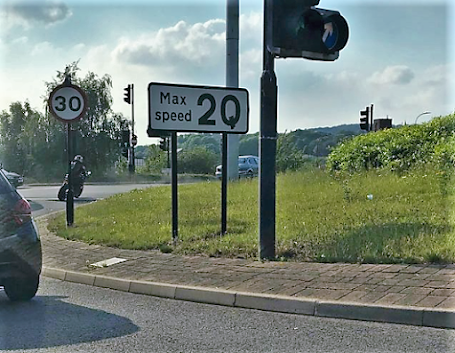 Do you notice something odd about the road sign above? Look closely. The zero in "20" has been altered with a piece of black tape to make it look like a letter "Q". That sign is at the end of The Sheffield Parkway - where it meets the M1 motorway. I have seen a number of other speed limit signs altered in the very same way.

I first started noticing these altered signs in the early summer and I became puzzled about them. What could the "Q" mean?

Hunting around on the internet, I have discovered that it is a pseudo-political symbol. It stands for QAnon, a sinister right wing  movement that began in The United States and has gradually, quietly moved around the world like a virus.

There are many things in this world that I do not understand and I readily admit that QAnon is one of them. Its thousands of supporters seem to be the kind of people who happily embrace conspiracy theories as though they are joining some sort of exclusive club that enjoys superior, secret  knowledge about how this world runs.

QAnon suggests that Trump is the planet's saviour. He is closing in on an international paedophile ring as he battles against "The Deep State". QAnoners tend to be anti-vaccine and link with anti-5G and anti-Semitic conspiracy theories.  It is all quite eerie and disturbing but it is happening. It is out there.

To these blinkered fantasists, evidence does not seem to matter as they promote their nonsense. Their numbers are growing along with their influence. Of QAnon, Trump has said, "they like me very much. I heard... that these are people who love our country".
So that is pretty much all I know about QAnon. Instinctively, it sends a shiver down my spine. Had you heard of QAnon already? What do you know about it? 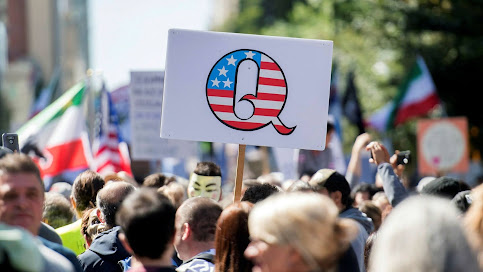