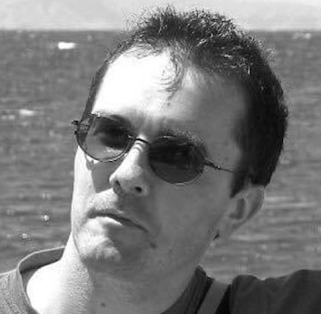 You must have heard about the killing of Samuel Paty on Friday in the northern suburbs of Paris, France. Aged 47 he was a teacher of history, geography and personal and social education. He was beheaded by a wicked  eighteen year old nutcase who probably saw himself as an Islamic soldier fighting the good fight on behalf of his religion.

It seems that Monsieur Paty had very legitimately devoted some teaching time to considering cartoon depictions of Mohammad and Allah. They were creatively  slid into a citizenship module for pupils to consider and debate.

An ignorant Muslim parent, whose daughter was not even present when this lesson happened, launched a social media campaign against Monsieur Paty - even naming him and the school's location. The killer must have encountered this toxic stuff and headed to Conflans-Sainte-Honorine to mete out what he misguidedly saw as revenge.

In my way of looking at things, Samuel Paty represented  light, freedom and truth but his cruel killer belonged to darkness, ignorance and misunderstanding.

You might quietly be thinking that Samuel Paty was partly the architect of his own death. Perhaps he should not have brought attention to the cartoons. Perhaps he should have avoided any reference to Islamic fundamentalism and the arrogant bigotry that clings to it like an infected rash. But keeping quiet and saying nothing is surely a form of submission. - giving in to the forces of darkness. That cannot be right in free societies.

In memory of Samuel Paty with love. Liberté, égalité, fraternité! May he rest in peace and may his legacy be one of courage, togetherness and illumination.