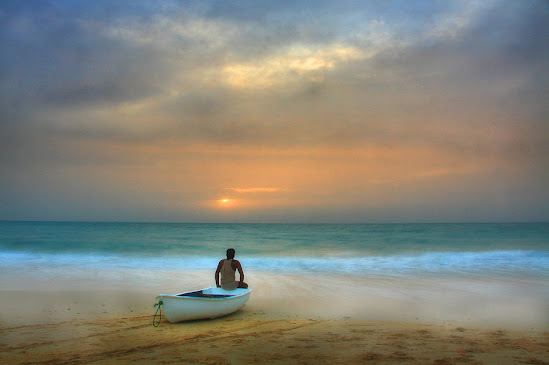 Sailors spoke of  the calm that comes before a storm. That's where we are in Great Britain right now.  Sailing in the calm before the storm.

In March, our government, led by English Trump, shut down the country a week too late. That error of judgement led to thousands more deaths than might have been the case. However, the majority of British people complied with lockdown rules and gradually, as months passed, COVID-19 infection and death figures plunged.

All was looking rosy. We had taken the bitter medicine and it had worked. Consequently and tentatively, elements of normal activity were resumed. Schools and universities re-opened. So did many businesses. The government even introduced "Eat Out to Help Out" - subsidising visits to restaurants and cafes.

Sadly, COVID-19 has not played ball. Infection, hospitalisation and death figures have been on a worrying upward trajectory through the last month. Tonight, with his little piggy eyes, English Trump will look down the barrel of a television camera and tell us all about "new measures" designed to send COVID-19 back into its kennel. These "measures" will undoubtedly differ according to current numbers in different cities and regions.  The rules for cities like Liverpool and Nottingham will be especially harsh. Sheffield won't be far behind.

We  are already entering the dark pit of wintertime. Christmas is up ahead. On  October 25th, the clocks will be put back an hour as we transition to "Greenwich Mean Time".  It's all rather depressing. And let's not throw "Get Brexit Done" into the mix right now. It also looms like a ruddy spectre thanks to English Trump and his troop of blinkered clowns.

Yes. This is the calm before the storm. This afternoon I will be up at "The Hammer and Pincers" for a few beers and manly discussion before watching The Pigman speak to the nation. Captain Johnson aka English Trump addressing his assembled sailors. "Aye-aye Cap'n!":-

Blow, winds, and crack your cheeks! rage! blow!
You cataracts and hurricanoes, spout
Till you have drench'd our steeples, drown'd the cocks!
You sulphurous and thought-executing fires,
Vaunt-couriers to oak-cleaving thunderbolts,
Singe my white head! And thou, all-shaking thunder,
Smite flat the thick rotundity o' the world!
Crack nature's moulds, an germens spill at once,
That make ingrateful man!
King Lear Act III scene two
- October 12, 2020