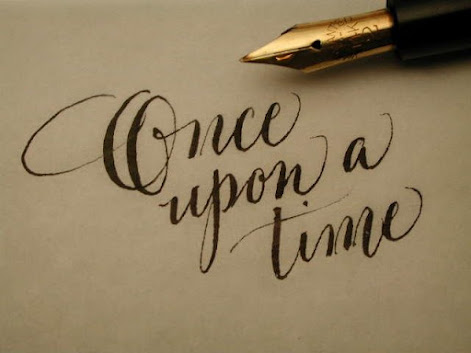 As regular visitors to this humble Yorkshire blog will recall, I am going to be a grandfather for the first time very early in the new year. I have already bought a couple of granddad outfits including a beige cardigan with leather elbow pads, braces, a flat cap, brogues and gold-rimmed  John Lennon glasses. I am also growing a paintbrush moustache which I plan to dye silvery white.

There are lots of things one needs to do before a new arrival in the family. Another thing I have done is to write a story for the baby. Let me share it with you:-

Once upon a time there was a lovely world. It looked rather like our world but it was different in lots of ways.

In that lovely world nobody needed to wear horrid face masks because the air was not filled with the scent of death. In supermarkets, people would mingle happily, gaily filling their trolleys with all manner of nice things to eat - pineapples, sausages, cans of soup, chocolate ice cream and kale. There was no tension amongst customers and no big stickers on the floor reminding shoppers to keep two metres apart.

Out in the streets, the jolly townsfolk would hug, kiss or shake hands when they met and you knew when people were smiling because as I said before - nobody wore masks.

In the lovely world of which I speak, there were buildings called theatres where people would go to watch plays enacted on stages by actors and actresses. The actors were men and the actresses were women. There were also other nice buildings called cinemas where people went to sit quietly in darkness watching films shown on big screens. They ate popcorn in silence, not wishing to spoil the enjoyment of other cinemagoers.

People did not have to wash their hands all the time - nor did they have to see graphs about infection and death on their TV screens every night. Instead, there were stories about rescuing cats from trees and men and women reaching the ripe old age of a hundred. They smiled into the camera before blowing out candles on their big iced cakes. They looked so happy.

In that lovely, lovely world, everybody had a job and a home to live in. There was no starvation, no murder and no suicide. Leaders were universally respected and countries helped each other out as much as they could. Rich people did not evade tax. The seas were filled with cod fish and the air was graced with all manner of birds. Elvis Presley still lived. In the jungles of South America, members of indigenous tribes trod silently along ancient forest pathways, never seen by outsiders and like the rest  of humanity, they were so happy to live upon this Earth that their hearts might have burst with joy.

Yes. That is how it was. Once upon a time before...