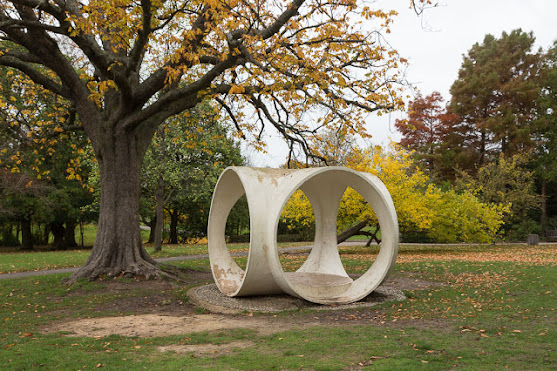 The picture shown above appeared in "Shadows and Light" this morning. It was taken in Golders Hill Park, London by the blog's owner, Steve Reed. Steve thought it was some kind of pipe joint until research indicated that it is in fact an artwork called "Gazebo" by Wendy Taylor.
Let us hope that when googling her name, Ms Taylor does not stumble across Steve's blog. It would be quite traumatic to discover that one's finest artistic achievement has been dismissed as a mere concrete pipe joint.
Steve's photograph reminded me of a picture I took several days ago at Booth Farm on the Staffordshire/Derbyshire border. Two massive concrete sump pipes were just lying in a field. The farmer may have got his order wrong or maybe I am also being philistinic.
Perhaps it is another art installation by Wendy Taylor. I could go back to Booth Farm and make the farmer an offer before having the pipe ends transported to our garden. I doubt that they would fit in my rucksack so I would need a great big lorry (American: truck) with a crane. If the sculpture is by Wendy Taylor, I wonder what she might have called it?
Oh Danny boy, the pipes, the pipes are calling... 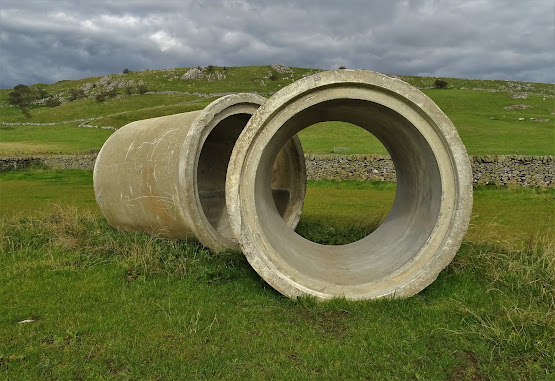