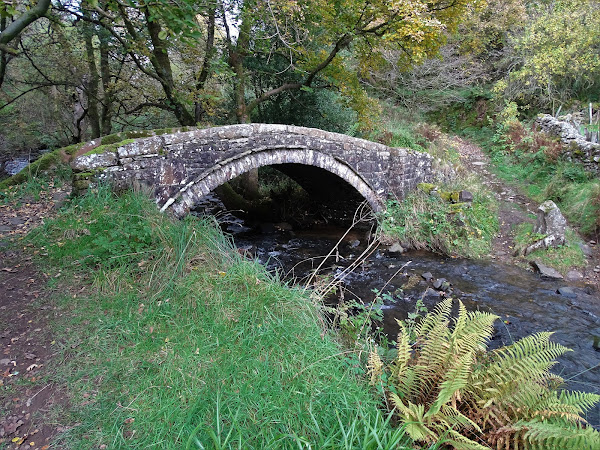 Washgate Bridge over the infant River Dove - an old packhorse bridge
With my South Korean friend Clint, I travelled west yesterday morning. We went through Bakewell, Monyash and Longnor before coming to rest in the scattered hamlet of  Dove Head which straddles the Staffordshire/Derbyshire border just south of Buxton. It is  half a mile east of Britain's highest village that is named - and I kid you not - Flash.

As I donned my trusty walking boots, Clint again asked how long I would be.

A small but culturally diverse herd of cattle had come to take a look at us. They peered over a drystone wall. 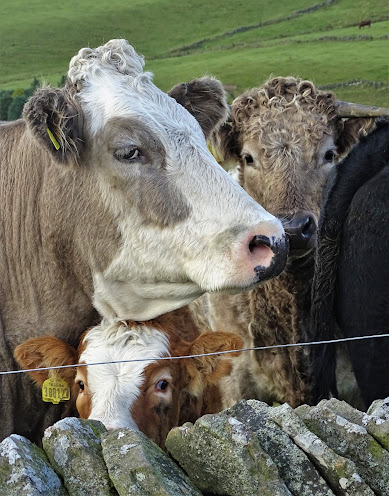 Though I had my A4 hand map, my circular walk was not made any easier by poor signage and by the obvious fact that some of the paths I walked upon were rarely trodden. At Booth Farm, a stocky young farmer questioned me.

"Are you lost mate?"

Helpfully, he directed me to remote Laycote Farm. Again there were no signposts. What I find is that some county authorities have better signposting than others. For example, paths are usually well-indicated in Cheshire and Derbyshire but in comparison Staffordshire's signage is poor. It's the same in Nottinghamshire. All over England's vast network of paths  there are small guidance discs with yellow arrows upon them. They are very helpful to walkers but many that I saw yesterday were so weathered that you could not even make out the arrows. Come on Staffordshire! Get your act together! 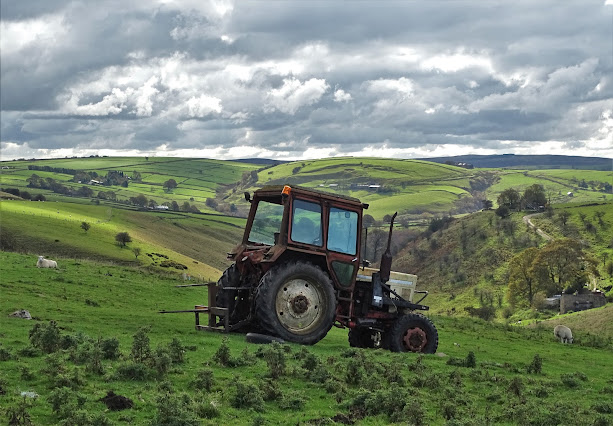 In Derbyshire but with Staffordshire's hills beyond

I made the young farmer laugh when I retorted, "I am a bit lost but it's not the Amazon jungle is it?"

The weather played ball. There was no rain but there were intermittent spells of sunshine as the BBC online weather forecast had promised. I was back in Sheffield by five o'clock ready to prepare a quick and simple midweek meal for Nurse Pudding and her house husband: baked potatoes, baked beans and Cornish pasties.

As Wallace might have said in the "Wallace and Gromit" animated films, it was another "grand day out". 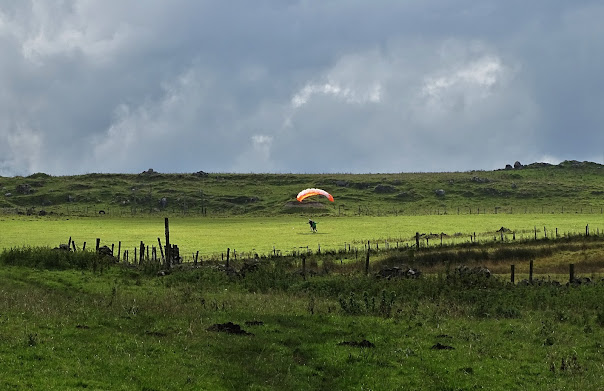 Trying to get airborne near Thirkelow 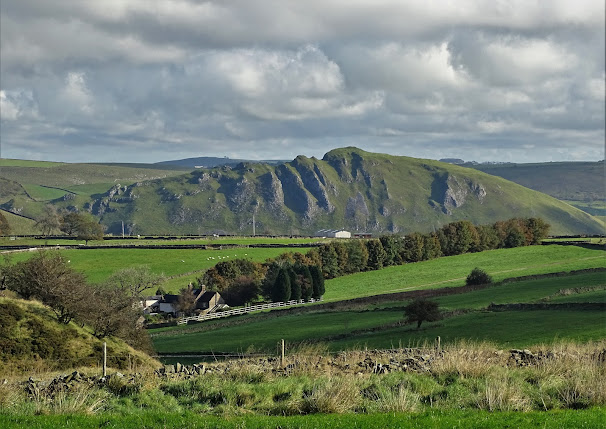 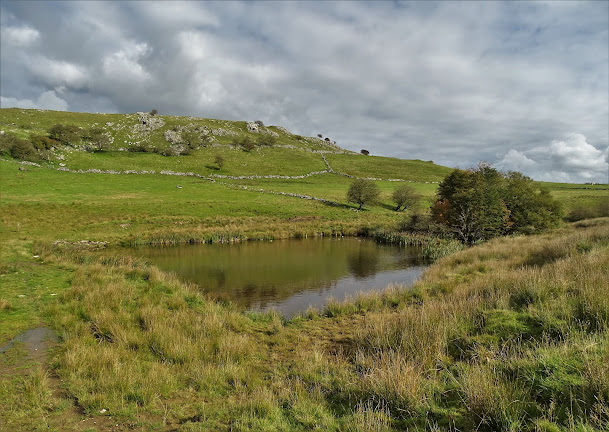