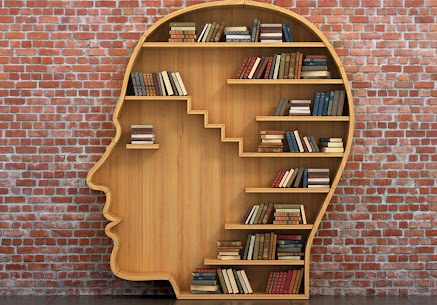 You probably heard the 45th President of The United States say this over the weekend:

"It’s been a very interesting journey. I learned a lot about COVID. I learned it by really going to school. This is the real school. This isn't the 'let's read the books' school. And I get it, and I understand it, and it's a very interesting thing, and I’m going to be letting you know about it."
What I want to comment on with this is the aroma of anti-intellectualism and the apparent dismissal of bookish knowledge. Isn't that him all over? He doesn't read books and even the business-related books he has allegedly "written" have been composed by ghost writers. All fakery.
Dismissing the "let's read the books school" will chime happily with a large number of his supporters - perhaps the majority - who probably also found the reading of books pretty tiresome and overrated as they were suffering formal education.
Thank heavens for him that the medical staff dealing with him at The Walter Reed Medical Centre in Washington D.C. most certainly read books during their training. Without their bookish knowledge they would not have the foundation of knowledge that is essential to become effective medical practitioners. They belong to the "let's read books school" and that is why they have been able to help the 45th president to cope with his personal COVID19 health crisis... So far.
Not only does the president sneer at books, he also fails to follow clear guidance about self-isolation as was shown when he cruised around the Walter Reed hospital in his armoured vehicle - known I believe as "The Beast" - waving to his mainly unmasked supporters. Evidently, he belongs to the "let's break the rules school".
Finally , in contrast with the 45th president's dismissive attitude to the "let's read books school", this is what Barack Obama had to say about the value of books back in 2005: ""Reading is the gateway skill that makes all other learning possible, from complex word problems and the meaning of our history to scientific discovery and technological proficiency."
I agree with that.
- October 05, 2020