Picture a small lake with sunshine dancing on the surface of the water. Or picture ten petrol tankers proceeding along the slow lane of  a motorway. What you are also seeing is how much beer I have drunk in my life. Gallons of the stuff.

My relationship with beer began in "The Hare and Hounds" public house in the village of my birth. At fifteen going on sixteen I drank brown ale with a dash of blackcurrant.  Yuk! But before too long I advanced to traditional bitter.

In the past, when you entered a pub in Yorkshire there were really only two sorts of beer you could order - bitter or mild. You could visit any pub in the country and simply ask for "a pint of bitter" and the barman or barmaid would pull your pint with no further questions asked.

Nowadays it's different. If you go into a pub and say "A pint of bitter please" the staff behind the bar will be confused. Sometimes they will say, "Which bitter?" and in other pubs - especially Down South they may not even know what you mean by "bitter"! Crazy.

In the late sixties a pint of bitter would cost you around one shilling and sixpence - or 12½ new pence. Today in my local pub a pint of bitter costs £3.60 which is around twenty eight times more. If I could retrieve all of the money I have spent on beer I could purchase a brand new luxury car.

When I pause to reflect upon it, I could devote several blogposts to beer. Mostly it has been a friend to me, something that has lubricated many happy times. I have drunk it from South Africa to Fiji and from Washington State to Alloa in Clackmannanshire. I have drunk in several "Red Lions", "The Foaming Quart", "The Black Boy", "The Farmer's Arms", "The Nag's Head", "The John Snow" and a thousand other pubs and hotels.

Mostly beer has been a friend but in my youth it  occasionally  led me into bad behaviour and bad situations. There are several things that happened which even to this day I am reluctant to recount. Please don't ask. Let sleeping dogs lie I say. I can still hear them snoring away.

All English pubs are closed right now as we proceed through Lockdown Mark II.  For some reason, I  decided not to have any beer   during this particular lockdown. I had my last three pints  the night before it started. Two pints of "John Smith's Best Bitter" and a pint of "London Pride" in "The Robin Hood". That was on  November 4th.

Ten days without beer.  It's not been too hard so far. After all, I  mostly associate beer with pubs, other beer drinkers and pub conversations.  Avoiding beer will help me to lose a little weight and give my liver a well-deserved rest but this wasn't a conscious and properly articulated decision. I just drifted into not drinking beer. I expect that when Lockdown Mark II is over I will hook up with my old friend again. After all, we have come so far together. 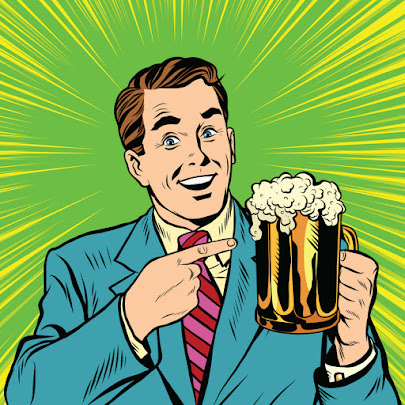