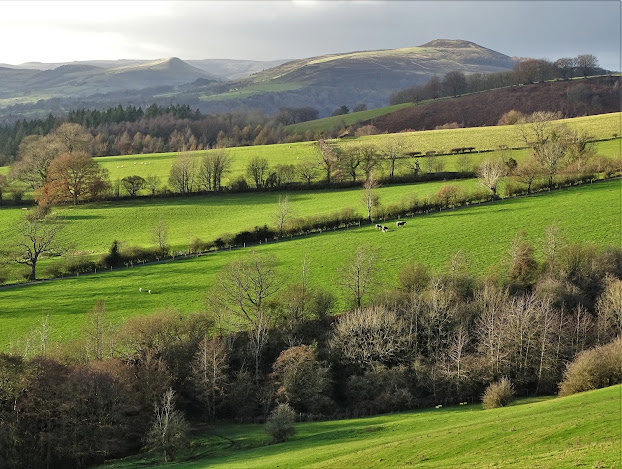 View from Coggers Lane to Lose Hill and Win Hill
A five minute walk from this suburban mansion and you're on Ringinglow Road. Follow Ringinglow Road for half an hour passing High Storrs School, the shops at Bents Green and "The Hammer and Pincers" pub and you are out in the countryside. A further mile out of the city and you reach the tiny village of Ringinglow itself with its "round house" and "The Norfolk Arms" public house.

Half a mile beyond Ringinglow you reach Yorkshire's border with Derbyshire. It's a route I have driven many times. It takes you out to the moors, to Stanage Edge and The Hope Valley and the world beyond. If you have been a frequent visitor to this blog you will have seen pictures of the landscape I am talking about and you will have previously travelled with me along Ringinglow Road. 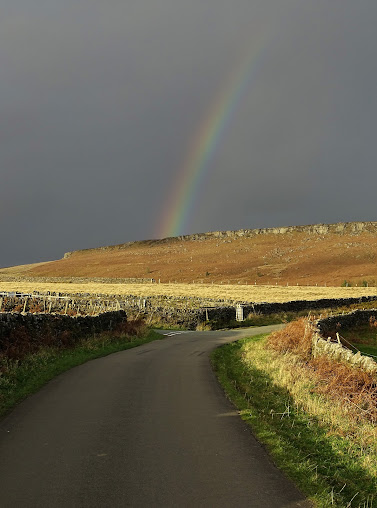 On Coggers Lane looking to Stanage Edge
Mostly when I get out there there's hardly anybody else about. However, yesterday afternoon it was crazy with cars, walkers and cyclists. I have never seen the area so congested before. It was because of COVID-19 and our current semi-lockdown arrangements. People need to do something at the weekend but what can they do? Drive out of the city and enjoy the countryside.

"What the hell is going on?" grumbled Clint. "Is there a pop festival?"

Cars parked on verges where I have never seen cars parked before. Cars on both sides of the road. Burbage Bridge car park overflowing. The rock climbers' car park under Stanage Edge chock-a-block. Many of the verges will have been damaged by tyres, impairing the appearance of the moorland environment. 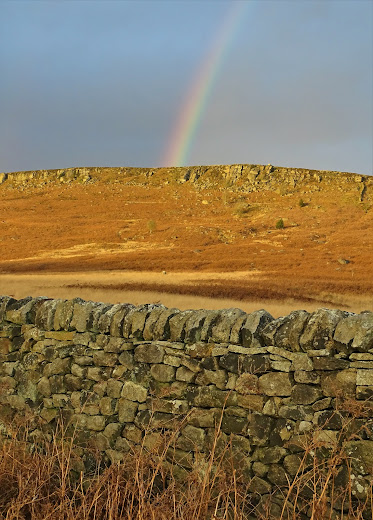 Rainbow's end on Stanage Edge
I had been more or less housebound for two days so Sunday afternoon's nice weather was an opportunity for a constitutional walk along the narrow lanes beyond Stanage Plantation. After edging through the cars and the bloody cyclists in their space helmets and ridiculous lycra jumpsuits, I headed for a tiny gravelled pull-in where I have often parked Clint in splendid isolation but yesterday there were five other cars there.

Boots on, I plodded my familiar route. Unusually, I needed to have  my wits about me because of the coronavirus vehicles passing by. Perhaps I should have snapped potentially historical pictures of the cars and people in the photographs that accompany this blogpost but I chose to blot them out.

Clint was dozing when I completed my circle. Gently, I raised his tailgate and extracted a deckchair, a flask of coffee and a book about the English Civil Wars (1640 to 1660). And there I sat with the sun sinking over Bamford Moor, certain that a lot of the vehicles would have disappeared by the time I steered Clint home in time to prepare a roast chicken dinner. 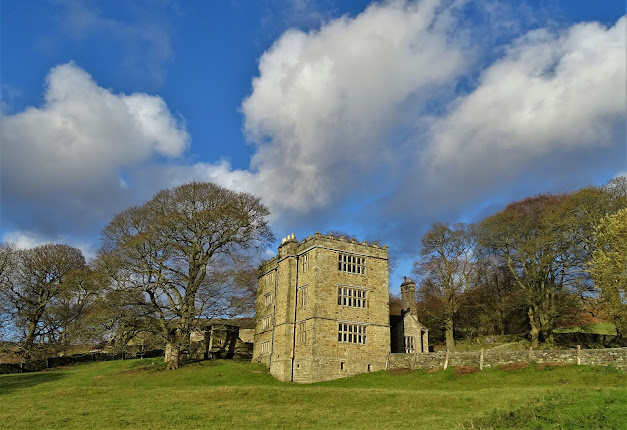 On my route I passed North Lees Hall which Charlotte Bronte visited in the summer of 1845
and below Bronte Cottage - so named because of that visit. She was writing "Jane Eyre" at the time. 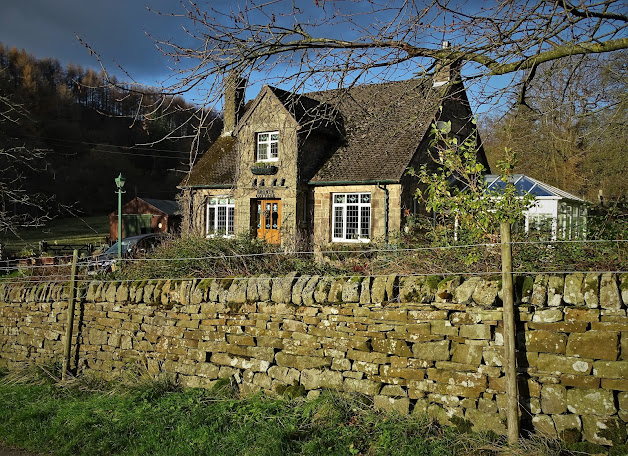