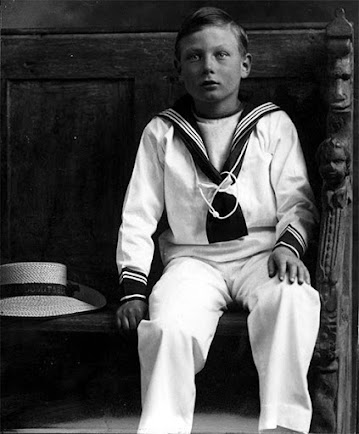 He was the younger brother of two British kings - King Edward VIII and King George VI and he was our current queen's uncle. His name was John. Prince John - the youngest child of King George V and Queen Mary of Teck.

Born in 1905 on the Sandringham estate in Norfolk he died there in 1919 at the tender age of thirteen. 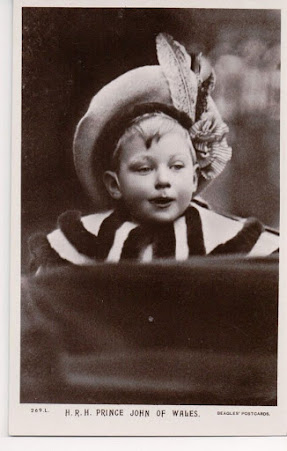 For the last three years of his life, John, or Johnnie as he was known by his family, lived beyond the glare of the press and the public under the care of his nanny - Charlotte Bill. Prince John always called her "Lala".
At first John had seemed like a normal child but much of his brief life was blighted by epilepsy. Fits occurred with alarming frequency and they took a toll upon his general health. It is likely that he had other issues too - possibly autism.

Sometimes local children were brought to Sandringham to play and pass time with Prince John. He formed a special relationship with a Yorkshire lass called Winifred Thomas. She was the niece of one of the lead groomsmen in the royal stables.

Years later she recounted those times: "During the First World War I visited John nearly every day and we went on walks and took care of the garden. I remember in 1916 when the War was on John got so excited watching German Zeppelins passing over Sandringham. Father came to visit me that year and John was really happy when he met who he called 'a real, live soldier', Sergeant Frederick Thomas, my Dad. Queen Mary was always finding time to be with John and his Grandmother, Queen Alexandra also took time to visit him."
It is tantalising to imagine the hours that Winifred spent with her sickly but regal friend though we will never know for sure what they talked about and what made them laugh together. I would like to think that Winifred brought him some happiness.
Prince John is pretty much a forgotten member of the British royal family. Nowadays, with better medication and understanding of his conditions he might have lived a fuller, longer life.  He spent nearly all of his thirteen and a half years at Sandringham and died there in Wood Farm which incidentally is where our current queen's aged consort Prince Philip now resides.  It is likely that he will die there too.
Prince John is buried in Sandringham churchyard: 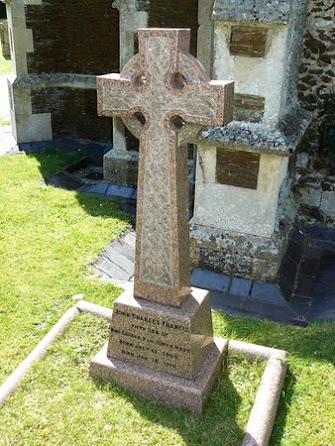