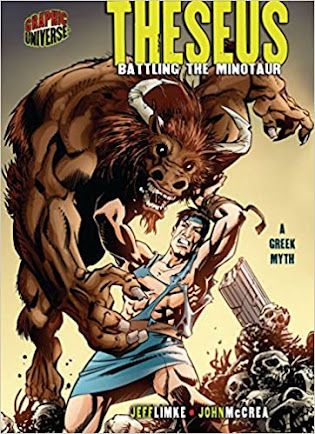 When I was at secondary school in Kingston-upon-Hull I was one of the best rugby players in my year group. Our coach was an ex-player called Bill Minns. He had a habit of endowing his favourite lads with nicknames and he called me Theseus. The name stuck for a while. As far as nicknames go it wasn't a bad one to have. Better than Fatty or Beanpole or Specky Four Eyes.

In the last seventy two hours I have felt like Theseus in the Labyrinth. Behind the scenes of this illustrious blog, I have been battling with demons. Technological robo-demons that threatened to block me from my favourite websites and blogs.

"Error 401" kept raising its ugly face and I was repeatedly warned that my security had been compromised. Habitual passwords were being blocked as unfamilar dialogue boxes appeared on the screen.

All of this sent me scurrying off into a Google labyrinth of Blogger forums, YouTube help videos, techo-babble and "solutions" that turned out not to be solutions after all. It was nightmarish I tell you. On Sunday night I had little sleep as I tossed and turned, wrestling with my personal minotaur. How could I defeat it?

Today, the minotaur has slunk off into the bowels of the labyrinth for I have managed to resolve several of the blockage issues. Passwords have been changed. Caches have been cleared. Google Chrome has been reset. I am doing what I want to do on the computer again but I fear that the minotaur has not gone forever. This is just a temporary lull for the bull and the lad from Hull.

I am not a techical kind of guy. I have little idea how a car engine works and I am not interested in finding out how all that wonderful imagery appears on our television screen. Similarly, I find no pleasure in solving computer problems. I just want to press the on button, wait for it to load up and then do my stuff.

Before I leave this window of cyber-doom, may I just say that Google, Microsoft and Apple are advancing all the time. They do not stay still. They track our password choices and when their systems spot unhealthy patterns - such as repeated use of the same password - they are likely to ask questions, create barriers or block your activity. This is done via robots so you can't just phone up and speak to a human being saying something like, "Hi! I am Theseus. In error you have directed me into a labyrinth of anxiety. Now please get me out and remove the blockages. Thank you. Have a nice day."