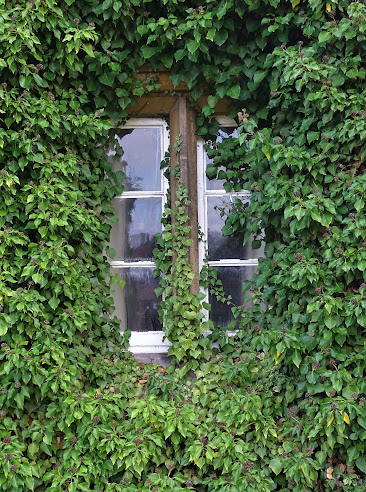 Elkesley is a strange village. It sits right next to the A1 which is a major arterial road, connecting north and south. I have driven by it many times but I visited it for the first time on Thursday - the day I set the pigs free.

Once Elkesley must have been a pleasant, prosperous place - situated as it was on the main coaching route between Lincoln and Sheffield. Then gradually the modern world took over, stagecoaches were consigned to history and the amount of traffic on the A1 increased exponentially. 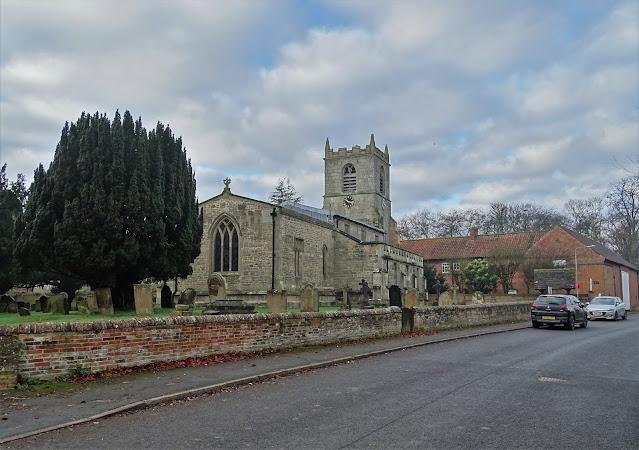 St Giles Church, Elkesley - with Clint on the far right

Though it's by the A1, it is a tricky place to access. I arrived at ten in the morning and parked Clint by the wall of St Giles's Church. What I noticed immediately was the noise that filled the air. Not twittering birds but roaring traffic thundering by on The Great North Road. It was unceasing. Huge lorries, white vans, fast cars, slow cars, motorbikes - their engines, tyres and exhausts forming a symphony of unholy muzak.

I walked away from Elkesley through the woods and across The River Poulter then along the path that leads to Bothamsall. However, before I got there I turned westward along a disused country track called West Drayton Avenue. Admittedly, I ignored the "No Public Access" and "Private" signs. 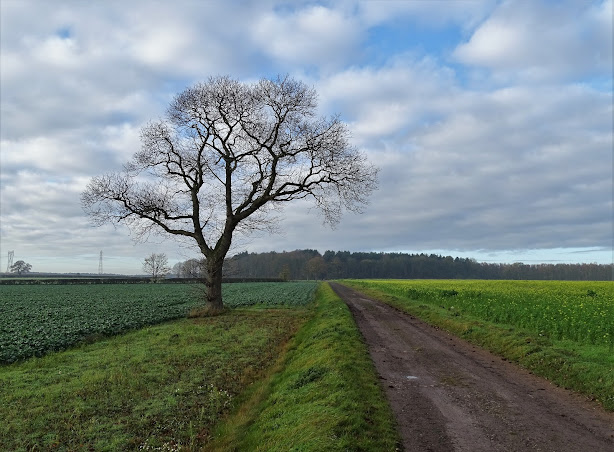 Onward, past an oil well to the Clumber Park estate, turning north to the estate village of Hardwick. Here the wooden walkway over the River Poulter was broken so I had to to splash across the cobbled ford. Looking back, I saw a cyclist following in my wake. He noticed that I had snapped a picture of him and as he rode slowly by me he said he was relieved that he hadn't fallen off. We laughed. 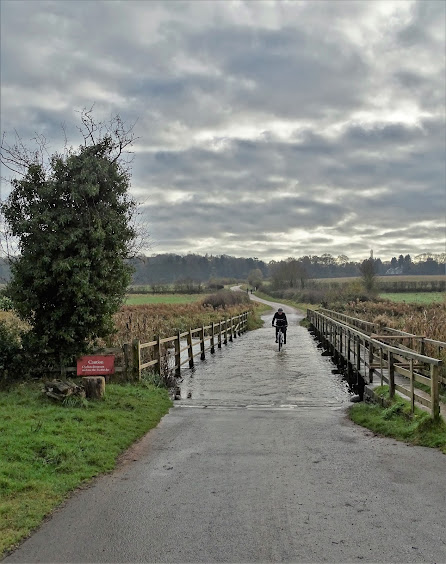 With all the cycle tracks, I became slightly lost in the woods east of Hardwick and missed my intended path. This caused me to wander into the farmland south of Apley Head  Farm and that's where I came across the piggery. Last night, I carefully cut out an image of one of the pigs and stuck it on some white card. It seems to remind me of someone but for the life of me I don't know who:- 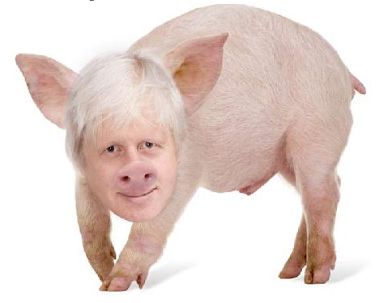