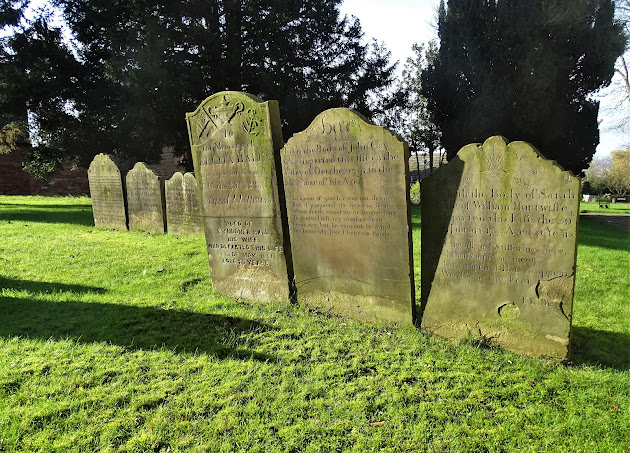 I took the picture displayed above in the graveyard that surrounds All Saints Church in Belton, Lincolnshire. You won't be able to read the inscription on the tallest gravestone but it remembers the lives of  Kelita Hall who died in 1823 and his wife Syndonea Hall who "departed this life" twenty eight years later. They certainly had first names to conjure with. I have never come across either of them before. Strange that they found each other.

Death happens. It's like we are all part of a big queue that keeps shuffling along. Every year famous people die. Sometimes you don't hear about these deaths till  long after they have occurred.  They have a habit of slipping through the net of publicity like fish.

We raise our eyebrows at different deaths and maybe they are accompanied by small clouds of sorrow too. We remember what these departed people meant to us if they meant anything at all.

This year three celebrity deaths have touched me more than others. From the world of English football we lost two of our World Cup winning team of 1966. Jack Charlton went in July and Nobby Stiles passed away at the end of October. Both were victims of dementia - probably exacerbated by heading heavy footballs during their playing careers.

I once saw Jack Charlton aboard a train leaving Sheffield for London. He was sitting in a second class carriage on the other side of the aisle. Though he was reading a book, I wanted to talk to him but what would I have said? "Once I was a twelve year old boy and I watched you live on the television raising The World Cup in Wembley Stadium. It was a most wonderful game in a  magical summer and Hull City were promoted that year too."

The third death that touched me was that of Hull-born sailor and folk singer - Jim Radford. He died on November 6th at the age of 92.  Jim was the composer of an extraordinarily  moving song called "The Shores of Normandy" that I blogged about in 2014. Go here.

Sadly, Jim was in a magistrates court in September - charged with historical sex offences against two girls. I don't know the details of the allegations but two months ago, Jim's solicitor said they would be fighting tooth and nail to have the charges quashed. It would have been good to get to the truth but now Jim Radford is dead we may never know what really happened and the two girls - now women may never find the legal resolution they were seeking.