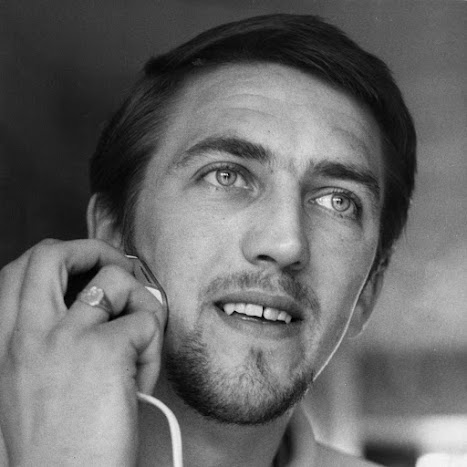 Chris Chilton having a shave in his prime

My football club is Hull City - nicknamed The Tigers.  I have actively supported them for fifty seven years experiencing many ups and downs. It has been quite a journey I can tell you.

One of the first players to really catch my eye was a local lad called Chris Chilton. He was a  big, strapping centre forward who played the game with a smile on his face. He loved it. As a centre forward he had to head many balls as they were crossed in to the goal mouth by the team's wingmen.

In the mid-sixties The Tigers enjoyed some much needed financial investment that sparked an era of reasonable success. In spite of the introduction of new players bought from other clubs, Chris Chilton was able to hold his own in the rejuvenated team. He went on to become the club's all time top scorer with 222 goals overall. Quite an achievement.

Many's the time the crowd would sing his name - mostly after goals had gone in - a lot of them headed - "Chillo! Chillo!" He would wheel round in the penalty area with his fist raised to the heavens and a big grin on his face. In his heyday, Tottenham Hotspur and Leeds United wanted to lure him away but Chris was happy in East Yorkshire and wished to remain with his boyhood club. A local hero. 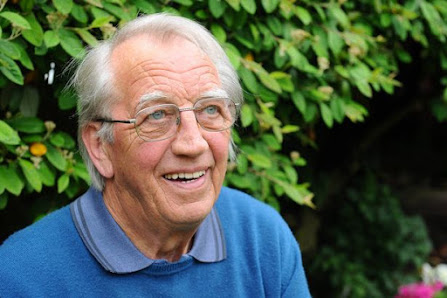 Chris Chilton at 70 - before dementia overtook him

At secondary school I became a very capable rugby player. Though I loved watching football (American: soccer) I  admit that I was a very average footballer. Even so, at fifteen I was asked to play in goal for my village men's football team. It was just the one game on a wet and windy Saturday in November. I believe the regular goalkeeper was indisposed..

In those days, football was not played with light plastic-coated balls, you played with leather cannonballs that must have been designed to absorb as much moisture as possible. They weighed a ton and on that fateful Saturday I proved to be a hopeless goalkeeper. I let in four goals, mostly because the cannonball went right through my flailing hands. Though at school I could kick a rugby ball for fifty yards, kicking that soggy football that miserable afternoon was a different story. Hopeless.

This personal diversion was simply to illustrate the kind of balls that Chris Chilton headed very frequently. In his career he must have headed thousands of balls, rising to meet them with brave athleticism.

And now I reach the very purpose of this sporting blogpost. Chris Chilton is now 77 years old and he resides in a nursing home diagnosed with dementia. He is one of many footballers whose lives have drawn to a close in this distressing way. Only yesterday it was announced that the England and Manchester United World Cup winner - Bobby Charlton has also succumbed to dementia.

All those headed footballs! They could get away with it when they were young but former professional players are paying the price now that they are old. In East Yorkshire, fund raising is happening to support Chris Chilton's care. Go here.  As Remembrance Sunday draws near, I shall remember Chillo and the joy he gave us. Up The Tigers! 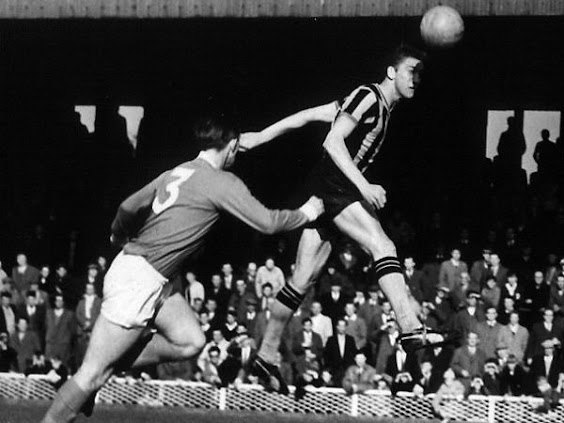 Chris Chilton in action in the early sixties