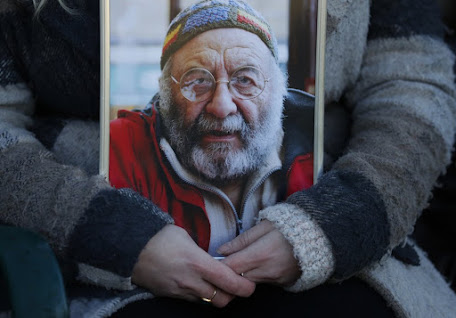 On and on this bloody pandemic goes. So many words spoken about it, so many words printed. Together they could make a pile that would reach the moon. A year ago, very little had been said about the virus. It was just easing itself into our consciousness - the ultimate elephant in the room.

Yesterday, Britain's official death toll surpassed one hundred thousand. Our scruffy, bumbling prime minister appeared on TV saying that he was sorry about all the lives that have been lost. Arguably, he should have also said sorry for dragging his feet at various points in this living nightmare, having the guts to  admit to some of his many errors.

Incredibly, it is only now - this very day - that airport border controls are going to be beefed up to get incoming travellers from South America, Portugal and South Africa into quarantine hotels. Who is going to police them?  Who is going to arrange food supplies?  In past months our borders have been pretty porous with people coming and going as if there was no deadly pandemic. As I say - quite incredible and the latest initiative just seems like an attempt to shut the stable door after the horse has bolted.

A hundred thousand. So many people. Enough to fill the old Wembley Stadium in London.  For them the match is over. No more flag waving. No more brass bands marching on the pitch. They have gone. Their families could not even bury them with the funeral goodbyes and the dignity their lives merited. So tragic.

As if in the aftermath of a war, let us pause to think of the hundred thousand... "At the going down of the sun and in the morning - we will remember them".