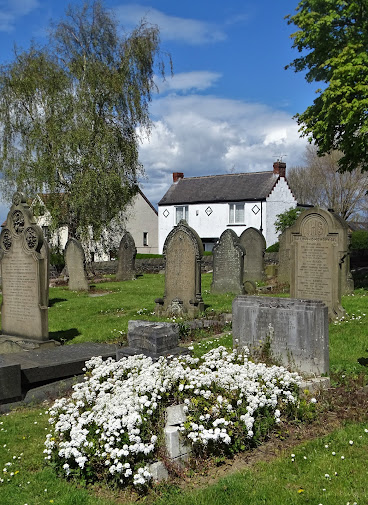 By Derbyshire Lane, there's a cemetery that  had not registered with me until Wednesday when Clint and I took Frances and the heavenly babe along that route.

I returned yesterday to spend a pleasant hour exploring the cemetery. It opened in 1869 in response to the fact that the old Norton churchyard had more or less run  out of space for the dead.

Norton Cemetery sits on a ridge above the suburb of Woodseats, looking out to the moors. It is a long, oblong shaped site and I was pleased to find it pretty tidy and well-maintained.

As the nineteenth century turned into the twentieth century, there must have been an awful lot of skilled stone masons expertly carving gravestones by hand. It would have taken endless hours for very many of the carved adornments are stunning. Take the grave of  Susan Jane Tippett for example. She died at the age of twenty nine in September 1908:- 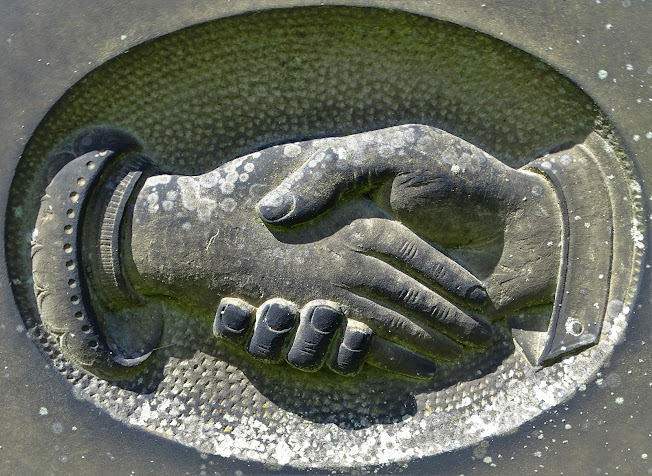 Another grave that caught my eye was that of  Arthur Hebblethwaite and his wife Ada Beatrice. Arthur died on October 29th 1914 at a military hospital near Southampton. He had been badly injured a month before at The Battle of the Aisne. He was thirty when he passed away. Ada, on the other hand, did not depart this earthy life until 1972 - reaching the ripe old age of eighty six.

Perhaps it is fanciful to imagine that Arthur was never far from Ada's thoughts. She was a widow for almost fifty years. For her, World War One lasted much longer than the history books claim. You can read many similar stories from old gravestones. 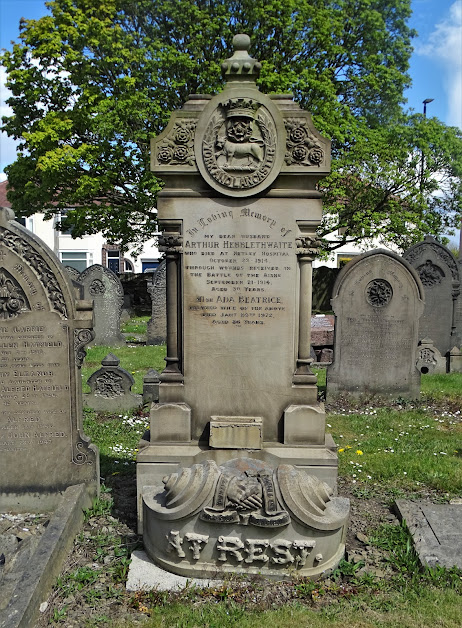