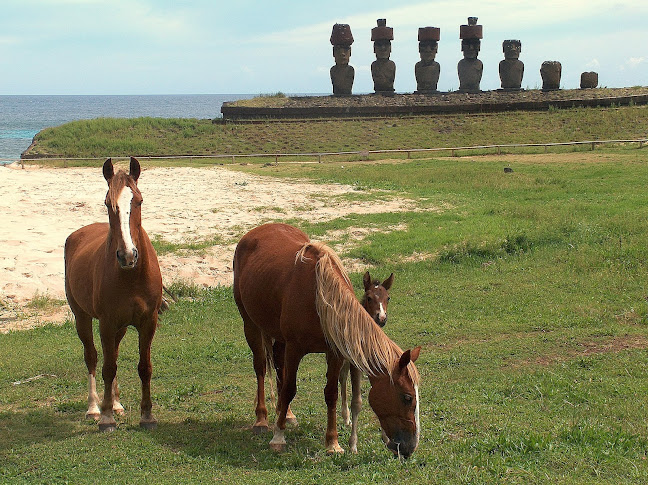 Sometimes I could almost pinch myself. Did I really go to Easter  Island in the autumn of 2009?

The photographs I took there prove that I did. It was a dream come true. There was nowhere on this planet that I wanted to visit more than Easter Island. You can hold a globe in a certain position and it looks as though half of Earth is The Pacific Ocean. 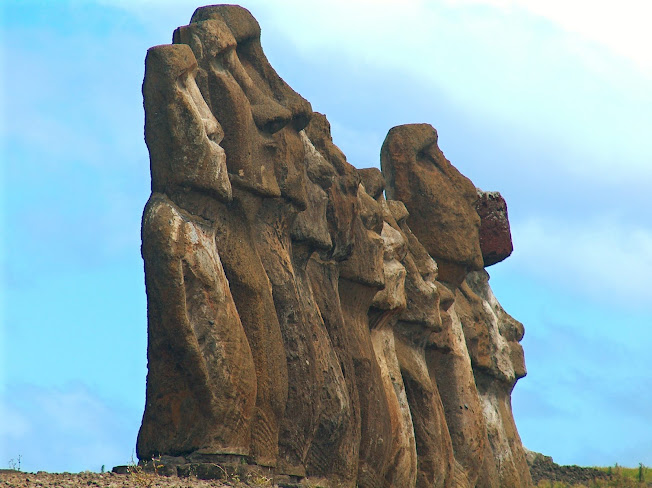 It is massive  and yet the tiny islands that are dotted about The Pacific were populated by Polynesians long before there had been any contact with Europeans. The most distant and remotest island they reached was Rapa Nui - later to be known as Easter Island or Isla de Pascua.

Everyone has seen pictures of the famous "moai" heads. The image is iconic. There are over nine hundred moai statues on the island  and they all faced inland - not out to the endless ocean. They were inward looking, not outward. 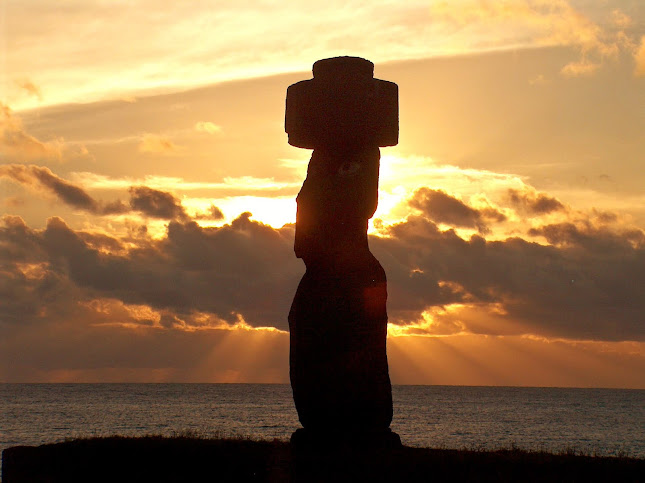 It was a world within a world, like a different planet. A society that thrived for perhaps three hundred years in isolation and then declined till when the first white sailors appeared its heyday was long gone. The people who made the moai were already beyond living memory.

I would go back in a heartbeat to walk about the moai once again, to hear the echoes of a lost civilisation, to look out across the wide Pacific, to close my eyes and imagine the first dugout canoes that landed there long ago. Easter Island - the stuff of dreams and legends. Yes - I was there. 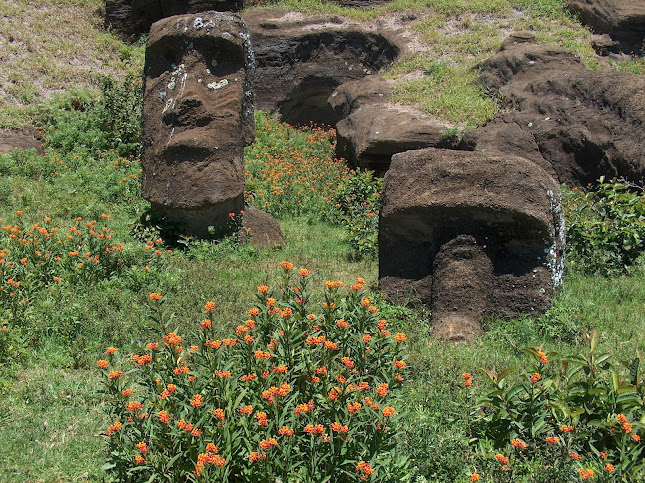