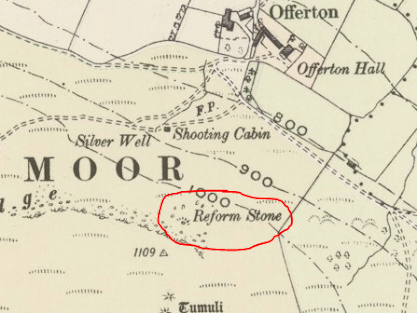 1888 OS Map
Yesterday I had been hoping to take another long walk but the weather seemed too unpredictable. Instead, I drove out of the city then over the moors to Hathersage. There  I turned up the winding road that leads to Highlow Hall.

With Clint happily parked, I set off along the little used narrow lane that leads to Offerton. There I headed up to Offerton Edge. It was quite a steep climb and I had to rest twice or thrice just to catch my breath. Leaving the path, I headed east along the top of the moorland edge hoping to solve a mystery. I was looking for something called "The Reform Stone".

It is marked in Ordnance Survey mapping but I have never seen a photograph of it and I have no idea why it has that peculiar name. My research has suggested two possibilities - that it is either a "cairn" or a small "standing stone". Its exact position seems to vary. I have used all my googling cunning to find out something more about it but to no avail. 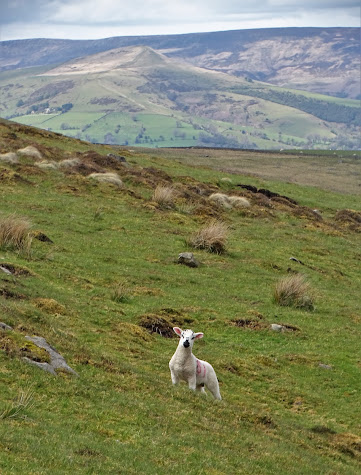 Offerton Moor hosts several "tumuli" and other lumps and bumps dating back as far as The Neolithic Period.  Again, I have no idea if The Reform Stone belongs to that same era of human presence.

When I got to the rough position of The Reform Stone nothing really caught my eye. It is very possible that I stumbled right past it - not knowing quite what I was looking for. Then set back a few yards from the top of the edge, I saw this rising up out of the heather:- 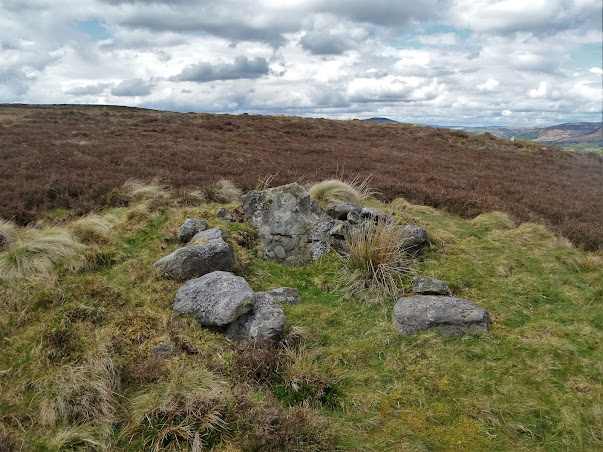 It is obviously not a natural feature but some sort of cairn or burial structure placed here by people from our distant history. For a moment I thought I had found The Reform Stone but later research led me to suspect that this was not it.  Now I have found some mapping coordinates that may or may not help me to pinpoint the stone. I must go back there again before too long. This mystery is starting to annoy me. My camera is GPS enabled so with a small amount of effort I can stand here - 53°19'25"N 1°40'54"W  - where The Reform Stone is meant to be. However, I am sure that I have already been within ten feet of this position and spotted nothing of particular note.

Finally, here's lovely Offerton Hall, sheltering below the edge on the southern side of The Hope Valley. The building dates back to at least 1658 but it was clearly developed around a much older structure:- 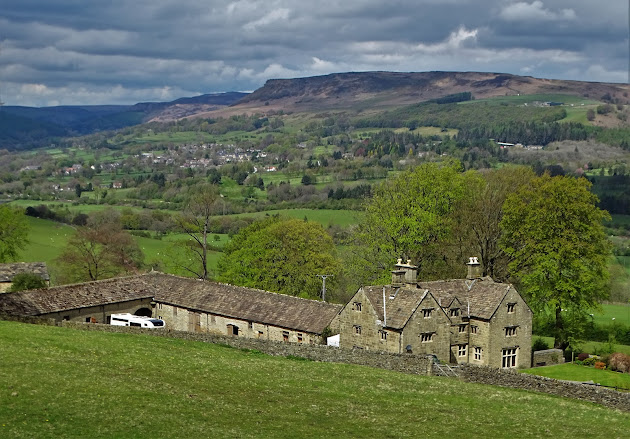