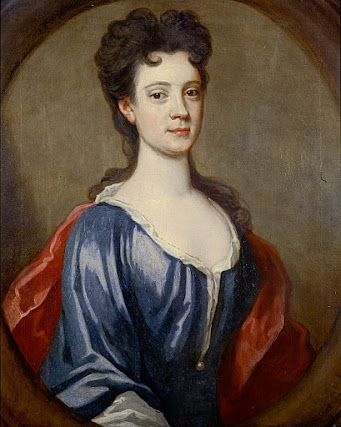 This is Rachel Chiesley. She married James Erskine, son of the noble Earl of Mar in Edinburgh - probably in 1707. Later Erskine was ennobled becoming Lord Grange so on that day Rachel Chiesley became Lady Grange.

They belonged to Scotland's  ruling elite and lived in comfort as Lord Grange  climbed the ladder of success in the legal profession, later becoming a Member of Parliament in London. Lady Grange bore nine children during a marriage that lasted for twenty five years but then things seemed to fall apart.

Not only was Lord Grange a womanising drinker he was also strongly  suspected of being in league with The Jacobites who sought to restore The House of Stuart to the British throne. Lady Grange may have been witness to some of her husband's clandestine meetings.

Undoubtedly, Lady Grange was not a shrinking violet. She spoke her mind and was not prepared to stand silently by as her husband committed his various misdemeanours - both private and political. She had been a dutiful wife,  bearing nine children to Erskine. As a consequence of this she probably never imagined that her husband would arrange for her to be kidnapped and effectively imprisoned in faraway places but that is what happened.

In those days Lowland Scotland was very different from Highland Scotland. For one thing Scots mostly spoke English in the lowlands and Scottish Gaelic in the Western Isles and Highland regions. They were two dissimilar worlds.

For six years - between 1734 and 1740 she was exiled to the remote island of St Kilda where she lived a harsh life with the islanders charged with accommodating her. At first she spoke no Gaelic  and boats rarely called there. She was very much like a fish out of water.

Lord Grange spun many tales of his wife's unreasonable behaviour. He painted her as a madwoman and was supported by his peers. Letters from Lady Grange do not indicate that she was crazy but her cruel exile - out of sight out of mind - may have driven her to despair.

In 1740 she was transferred to The Isle of Skye and ultimately that is where she died at the age of 66 in 1745, the year before The Battle of Culloden which effectively killed off the Jacobite rebellions. In that same year Lord Grange married Fanny Lindsay, his London mistress.

I know these things because I have just finished reading  "The Prisoner of St Kilda" by Margaret Macaulay.

By the way, if I was asked to make a list of the ten places in the world I would most like to visit St Kilda would come top - above The Valley of the Kings in Egypt  and  Pitcairn Island in The Pacific. Even above Florence in South Carolina, Ludwigsburg in Germany, The Sheep's Head Peninsula in Ireland and Red Deer in Alberta, Canada. 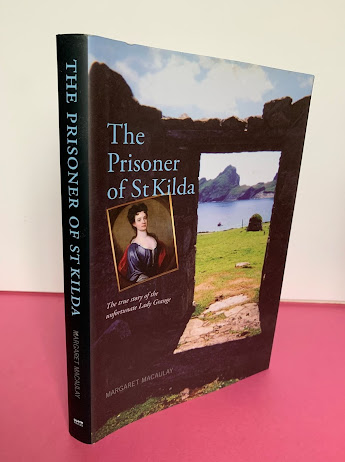 Lady Grange on St Kilda
by Edwin Morgan
They say I'm mad, but who would not be mad
on Hirta, when the winter raves along
the bay and howls through my stone hut, so strong
they thought I was and so I am, so bad
they thought I was and beat me black and blue
and banished me, my mouth of bloody teeth
and banished me to live and cry beneath
the shriek of sea-birds, and eight children too
we had, my lord, though I know what you are,
sleekit Jacobite, showed you up, you bitch,
and screamed outside your close at Niddry's Wynd,
until you set your men on me, and far
I went from every friend and solace, which
was cruel, out of mind, out of my mind.
- May 16, 2021