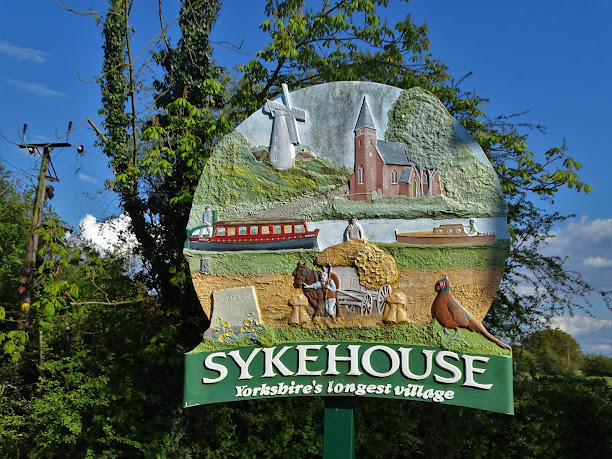 As you will know yourself, in these lives that we are leading things do not always go to plan. And so it was yesterday when Clint and I drove out to the flat lands north of Doncaster. We parked up in the village of Sykehouse which claims to be "Yorkshire's longest village" and I have no reason to doubt that claim. After all, from one end of the settlement to the other it is just under eight miles.

I had just taken a couple of pictures of the brick-built Victorian church  when the heavens opened and Clint was bombarded with repeated sallies of hailstones. I jumped back inside him for shelter as he screamed "Ouch!", "Aargh!" and "For ****'s sake!" as the hail bounced off his silvery bodywork. Soon it passed and I donned my boots ready for the long circular walk I had planned. It was meant to be around seven miles, finishing with a mile and a half stretch north of The River Went.

But please see this snippet from the A4 map I took with me:- 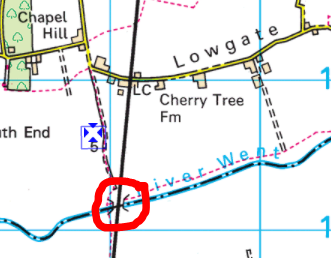 The broken black line along the blue river marks the
boundary between North and South Yorkshire
By this point I had already tramped six miles or so.  The black line heading north is England's main east coast railway line connecting London with Yorkshire before heading up to Newcastle and Edinburgh. The railway passes over The River Went at the very point that a public footpath crosses a deep V-shaped drain and then goes under the bridge. 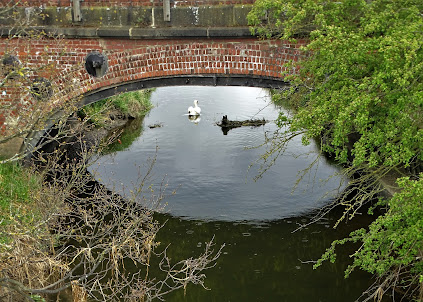 The path goes under this bridge on the left
However, the footbridge over the drain is presently  totally kapput and the path under the bridge appeared so treacherously muddy that it would have been easy to fall into the river.  I decided against it and headed south by the railway track hoping to find another route back to Sykehouse.
Oh lordy! I was now off the map I had printed so I had no idea where any paths might be or where they might lead and there was nobody about in the tiny village of Fenwick to ask. It was like a small ghost town. 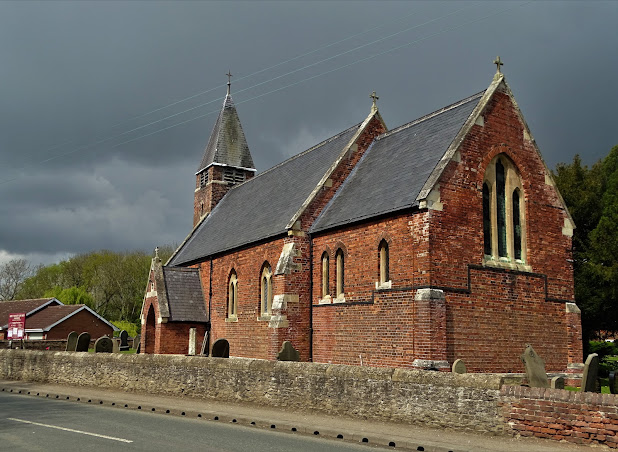 Holy Trinity Church, Sykehouse
Following local lanes that crisscross the flat agricultural landscape I found myself plodding an extra six miles back to Clint who was still smarting from the hailstone battering. And to use a term favoured by my German blogging friend Meike, I was well and truly "knackered" when I turned the ignition key to head home.
So that was a plan that went wrong, simply because a small section of a footpath was more or less impassable. It doesn't happen very often and I have already reported the issue to North Yorkshire Council - Public Rights of Way Department. I wouldn't want other walkers to face the same problem. 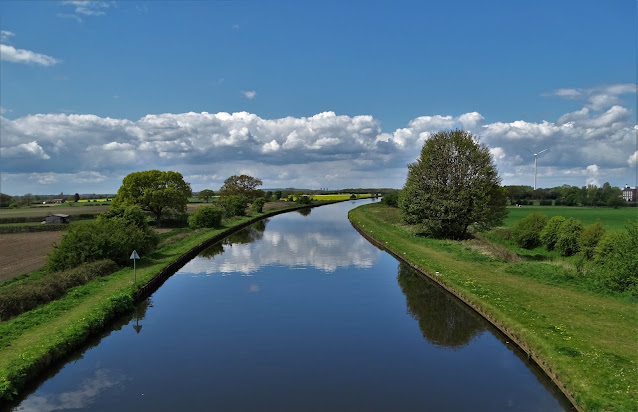 The Aire and Calder Navigation Canal seen from Pollington Bridge
- May 08, 2021