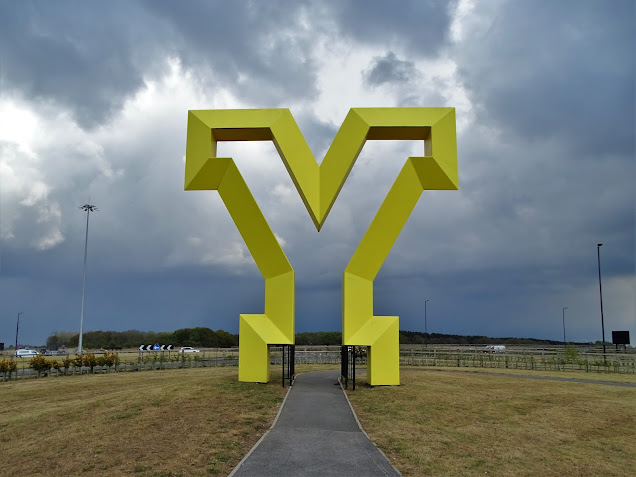 Yesterday, Clint kindly transported me along The Great Yorkshire Way east of Doncaster. We were heading to Old Cantley in the eastern suburbs of the town ready for another long walk. Well I would be doing the walking, Clint would be left snoozing on Main Street with some other motor vehicles - including a sexy black VW Beetle called Deidre.

As we were travelling along The Great Yorkshire Way, I spotted a new feature in the landscape. Situated near the entrance to a new "park and ride" facility, it was a stonking great letter "Y" in yellow. The "Y" stands for Yorkshire. I resolved to drop into the "park and ride" on my way home in order to take photographs of this magnificent yellow letter.

I have driven by the east side of Doncaster countless times. Even as a young boy in the late fifties and early sixties I remember seeing a huge white water tower on the horizon. Yesterday - somewhat by accident - I found myself walking close to that landmark for the very first time and in spite of tricky light conditions I snapped it and its smaller companion several times. 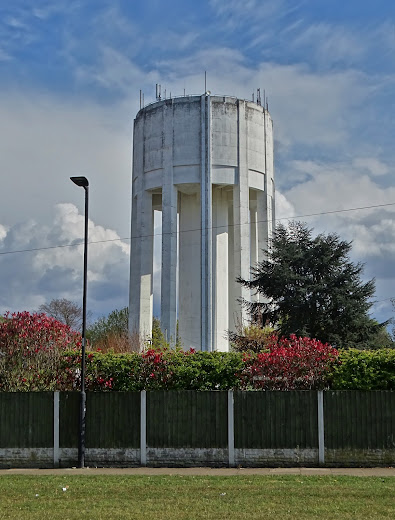 Near the village of Auckley I made a long detour along the banks of The River Torne - the same river that I walked beside last Friday near Tickhill. A bank of threatening charcoal grey cloud was forming to the north as a biting Arctic  wind was stirred up. I thought I was going to get soaked but in the event there were just a few minutes of thin rain. 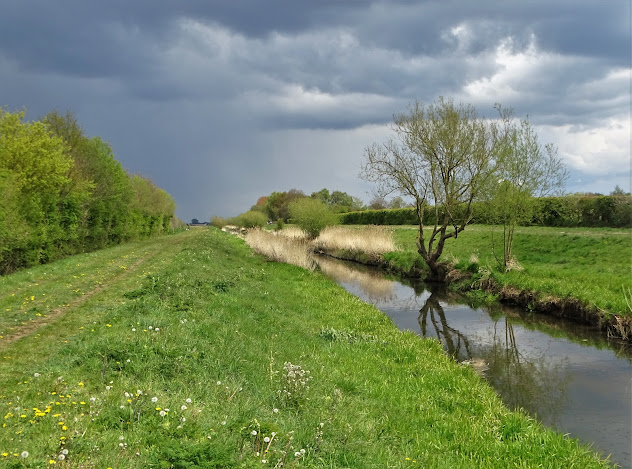 As is often the case, I walked further than I had intended to yesterday  but I love that feeling of exhaustion at the end of a long walk when your legs have become leaden and your pace has turned into a trudge. Clint was sweet talking with Deidre when I made it back to Old Cantley. Lord knows what they had been up to in the four and a half hours  I had been rambling. I didn't like to ask. 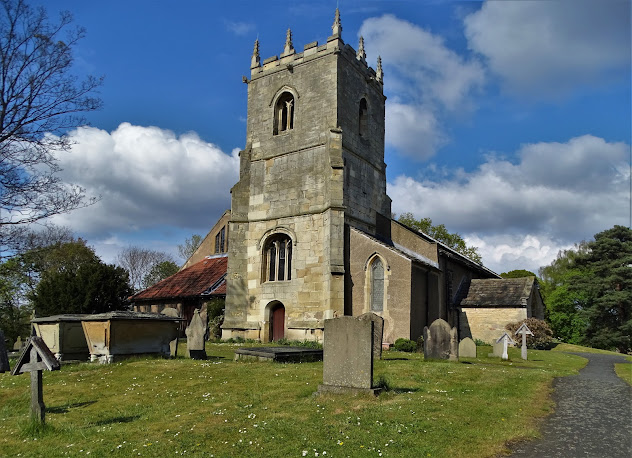