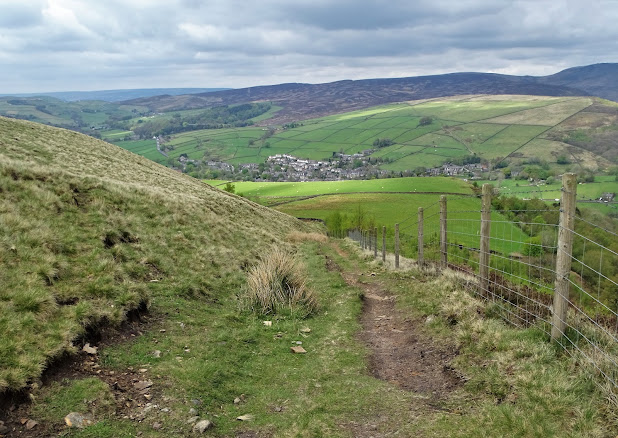 The weather forecasters got it right yesterday. It was as if a light grey quilt had been spread across the sky. The temperature beneath that counterpane was mild and the "no rain" prediction was ratified.

Clint kindly agreed to transport me to the village of Hayfield between Glossop and Chapel-en-le-Frith in north Derbyshire. I had found a great free place to park with the assistance of Streetview and magically one of the five spaces round the back of the village church was indeed unoccupied.

I did not expect to take any stunning pictures because of the washed out light as I set off on a circular walk around Chinley Churn which is a long, undulating hill between Chinley and Birch Vale. Up on the top there is much evidence of historical stone quarrying. The land  remains scarred but Nature has a way of softening and repairing  - taking away some of the ugliness that humans create. 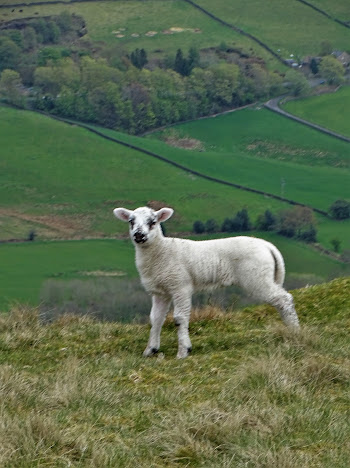 I saw sheep and new lambs and at Piece Farm several black calves frolicking beneath the overcast heavens. I encountered a lone woman walker and saw the apprehension in her eyes. Little did she know that the respectful  author of this blog is not to be feared and I wanted to tell her that as she hurried along in front of me wondering when The Pudding Monster would strike.

Sitting on a wooden stile at Throstle Bank I had my humble lunch - a banana from Ecuador, a Jazz apple from Italy and a caramel wafer bar from Scotland. The water came from our tap. 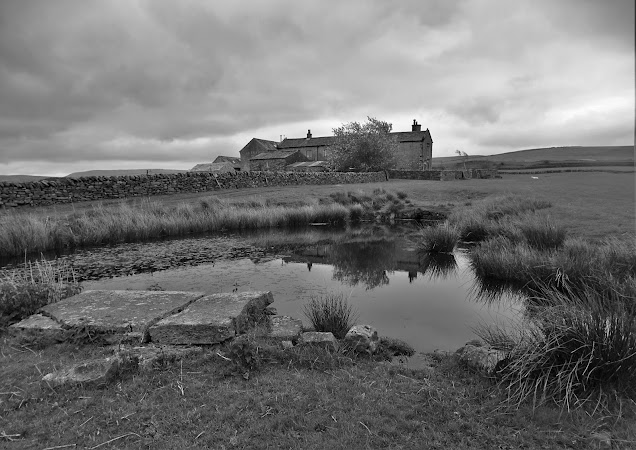 Two hours later and back in Hayfield, the sign in "The Village Chippy" window said that it would reopen in ten minutes so I hung about and after an annoying delay bought a portion of chips (American: fries) and a sausage. The delay was especially annoying because the proprietor and another customer were talking bullshit about the coronavirus pandemic and how it had all somehow been engineered by big business and the idle rich. Thankfully, I was wearing a mask to conceal my sneering dismissal of their stupid theory. They were both maskless as well as brainless.

Driving home I listened to a Tom Paxton album on Clint's CD player. I was especially struck by a song he wrote long ago about a fellow singer-songwriter called Phil Ochs who committed suicide in New York City in 1976: "Gone, gone, gone by your own hand".

"Can't you put something cheerful on?" snapped Clint as we descended Winnats Pass.