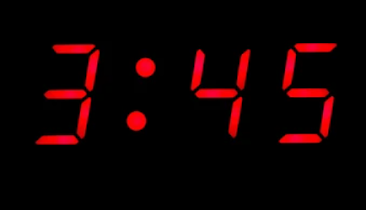 How annoying. I fell asleep watching "Newsnight" and that unintended nap lasted far too long. Consequently, when I did climb the stairs to bed, sleep evaded me. I lay there waiting for the magic to happen - for sleep to embrace me once again before carrying me off to the land of dreams and revitalisation. But after an hour I realised it was not going to happen so I came back downstairs and made a  mug of  tea which is now sitting next to this laptop with two "McVities" gingernuts.

After switching the laptop on, I wondered what I might blog about here in the silence of the night as this great northern city sleeps. All the lights in our neighbourhood are off apart from ours and outside the true citizens of the night have reclaimed the streets  - tom cats, owls, urban foxes, badgers rodents and bats. Reaching up the valleyside come the faraway sounds of a train and an ambulance siren.

Brains can be such a torment. They seem to constantly throw up images, memories, ideas, phrases, plans, Mine does anyway. A ceaseless chain like mental bunting stretching to some distant horizon. How lovely it is when that process slows and how lovely it is to sleep.

A nice thing about this sleepless hour is that I know I do not have to hurry off to work at daybreak. There's none of that old pressure to get the zeds in as before - knowing that if sleep time is lost one's functionality will be reduced during those  demanding working hours. No. Not sleeping now does not really matter any more. Very few duties to perform this May 19th. Pick up Frances and Phoebe to take them to their lunch date. Do a little grocery shopping. See a central heating engineer about our boiler. Make the evening meal. I can handle all of that.

There were many things I might have blogged about in the middle of this night. Really, I am never stuck for blog content and it quite amazes me how much ground I have covered since June 2005 when this blog began. 3626 blogposts in total. It has been a hell of a journey and just like sleep the blogging process remains pretty magical to me.

As I say - so many things I might have blogged about but I decided not to bother. The tea mug is empty. The gingernuts are gone. It's 3.45am and over in the east the sky is slowly lightening. Maybe it's time to give sleep another try.