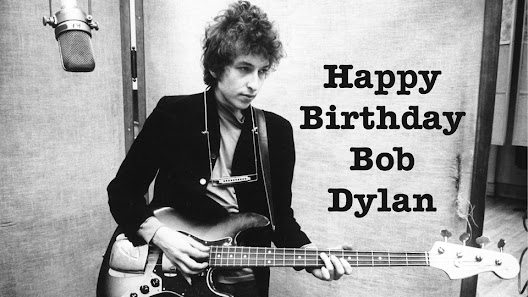 May 24th. It is a special date. My mother's birthday. My son-in-law's birthday. Queen Victoria's birthday in 1819. The day my mother-in-law Winnie died. The day that Hull City first made it into The Premier League and of course it is also Bob Dylan's birthday. The great man is eighty years old today.

If you are reading this Bob, I just want to say "Happy Birthday" to you and thanks for being my companion from the early sixties right through to today. Your songs have meant so much to me and I for one still marvel at your genius - your special way with words and ideas, your passion for songs and life itself. What a life you have led - to touch so many millions - people just like me.

This is the first Dylan song I learnt to play on my guitar:-

A year or two later it always featured  on the set list of the band I belonged to. With Jock's electric guitar we turned that song into something so different. The woman that the narrator met in "As I Went Out One Morning" was a slave.  Several  Dylan songs spoke up for Black America long before the Black Lives Matter movement was ever dreamt of.
Back in 1976 when I had spent the summer working on a summer camp in Ohio, I headed up to Minneapolis to see my old friend Richard. We drove up to the Canadian border for a long weekend at his parents' cabin.
On the way back to the big city, I asked if we might make a diversion and drive into Hibbing where Robert Zimmerman spent his childhood. We asked around in the centre of the hard-working iron town. Did anybody know where Bob Dylan had lived? Nobody seemed to have the slightest clue.
Leaving town feeling slightly dejected, we called into a bar for liquid refreshment and it turned out that the bartender knew exactly where Dylan had grown up. We drove back into town and found the very house. Richard took a photo of me outside it. I guess we were like pilgrims. 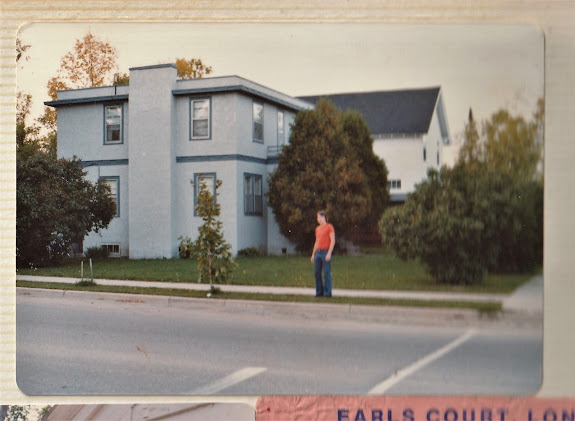