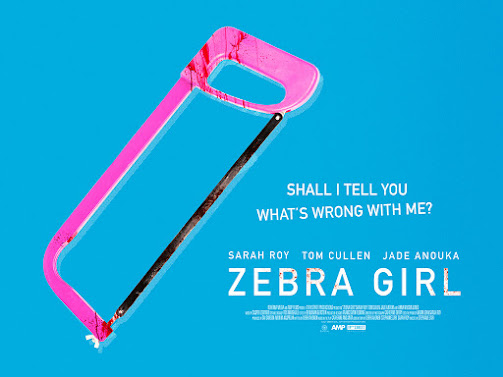 Why did I drive up to Leeds on a Friday evening? Well, I will tell you. It was to visit the Showcase Cinema De Lux in order to watch a film that came out in Great Britain this week - but not on general release. The film's title was "Zebra Girl". Opportunities to watch it in the north of England are currently few and far between.
What was it about this film that attracted me? Well - that's simple. The star of the show is one Sarah Roy who is our son Ian's girlfriend. They have been going steady for eight months now. Sarah and her team created the film before she hooked up with Ian. A lot of it was shot at her parents' second home in Kelso, Scotland.
I went to see "Zebra Girl" with an open mind and I must say that  it really held my attention. It is a quirky, psychological thriller in which the central character Catherine - played by Sarah is damaged, confused and dangerous  - possibly because of historical sexual abuse by her own father. It's pretty dark.
The film's title refers to a story that she created with her best friend Anita when she was a  little girl. 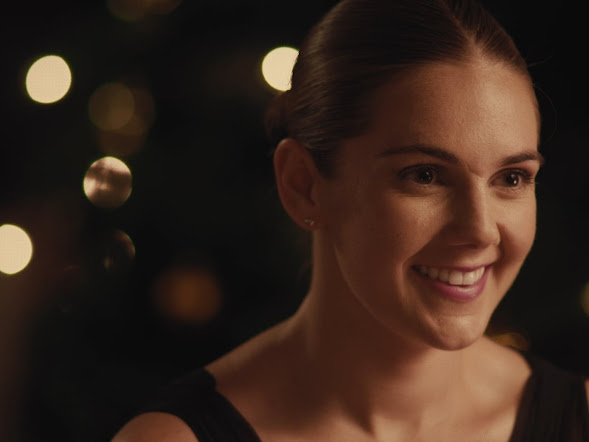 Sarah Roy as Catherine in "Zebra Girl"
There were many excellent cinematographic touches - often subtle, involving light and shade and intricate movement between different time periods in Catherine's tortured story.
Unfortunately, Shirley could not come along with me as she had to look after Little Phoebe. The heavenly babe's parents went out for dinner in a restaurant called "Turnip and Thyme" and enjoyed an excellent meal.
A sad reality about "Zebra Girl" is that not enough people will get to see it. As long time visitors to this blog may recall, I love a good film. However, I have seen a significant number that are not as well-crafted and engaging as Sarah's film appeared to be yesterday evening. My  trip to South Leeds was very worthwhile and I would like to publicly thank my trusty vehicle Clint for safely transporting  me.
- May 29, 2021