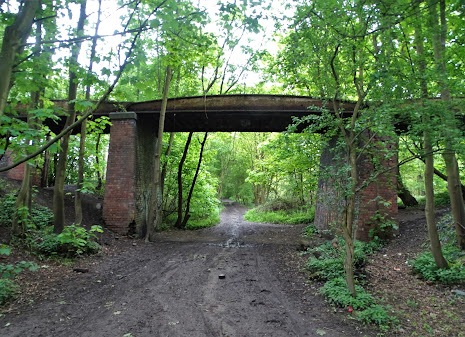 Was it one path or a series of paths joined together? These path pictures are from the long walk I undertook yesterday after parking Clint in the village of South Hiendley which is just inside West Yorkshire - in the administrative district of Wakefield. The area was once blighted by coal though conversely the hum of that mucky industry put money in people's pockets and pride in their hearts. It's all gone now. Even modern archaeologists might have trouble making sense of the vague and disconnected evidence left behind. 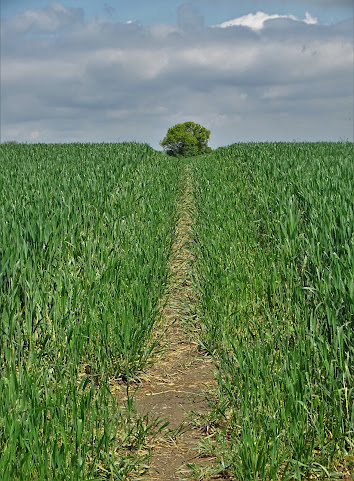 I could have shared other pictures of the scenes I observed along my route but in this blogpost I wanted to photo-illustrate the path itself. Until yesterday, our merry month of May here in Yorkshireland had been a big disappointment compared say with last May which was warm, dry and sunny as I recall. Yesterday the sun was out, peeping coyly from the gaps between drifting cumulus clouds, promising a much better spell of weather in the week ahead. 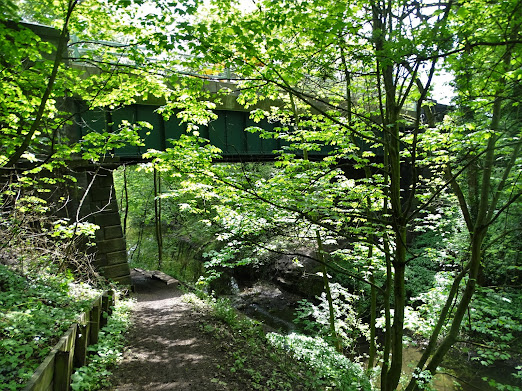 As you can see, the path took me  through fields of rapeseed and wheat. I walked by the disused Barnsley Canal and along old railway track beds connected with coal. Though not illustrated here, I walked by three reservoirs and through the tiny village of Wintersett where a gang of young men were making a long wooden fence at the side of the path. Mischievously, I asked them if they were "doing community service". It was a question that caused an outburst of mirth because that is a punishment frequently given to  lawbreakers. 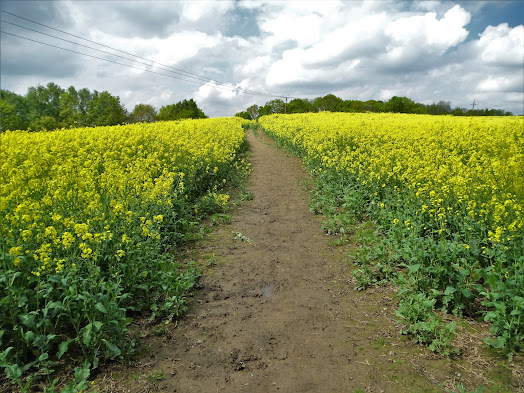 As I walked this nine mile circle, following my chosen path, my mind drifted like the cumulus clouds above. Fragments of memory appeared and then faded  back. I thought through a couple of matters that have recently caused me concern though not in the logical manner of an Albert Einstein or a Stephen Hawking - more in the manner of a bumble bee flitting here and there, never settling for long. 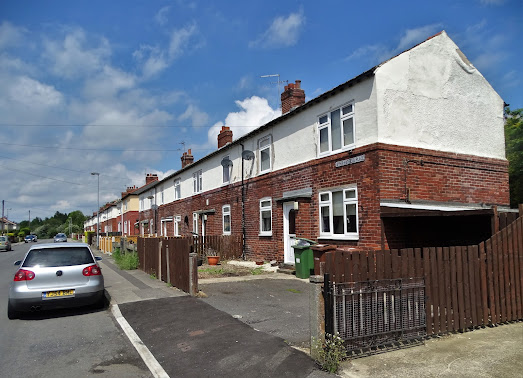 Above,  American blog visitors may be interested to see a street of terraced homes once provided by the coal industry as cheap rental accommodation for mining families. This is in Havercroft. The English don't all live in Downton Abbeys or Buckingham Palaces you know. 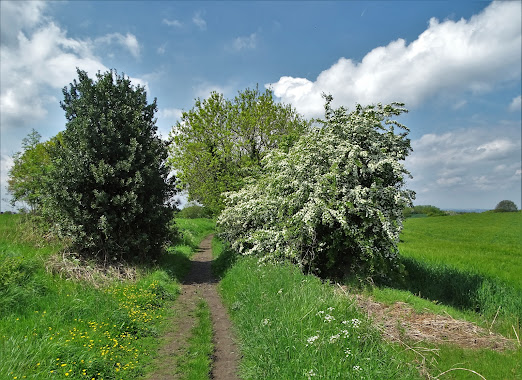 I love the snowy whiteness of  hawthorn blossom and the fresh new greenness of the grass and foliage when the land is bathed in sunlight in late May. The path drew me onward, until the circle was  once again complete. 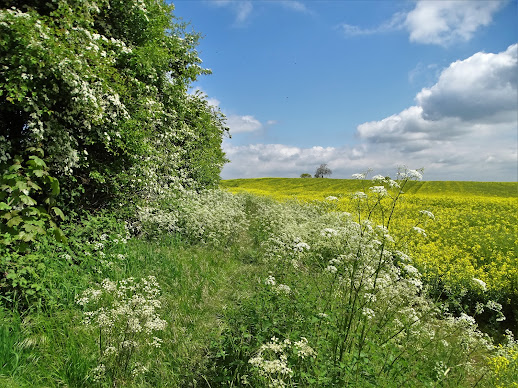 I was back on Chestnut Drive in South Hiendley where I asked Clint if he was ready for the long drive home.
"I suppose so," he muttered in his typically disgruntled tone.
- May 28, 2021