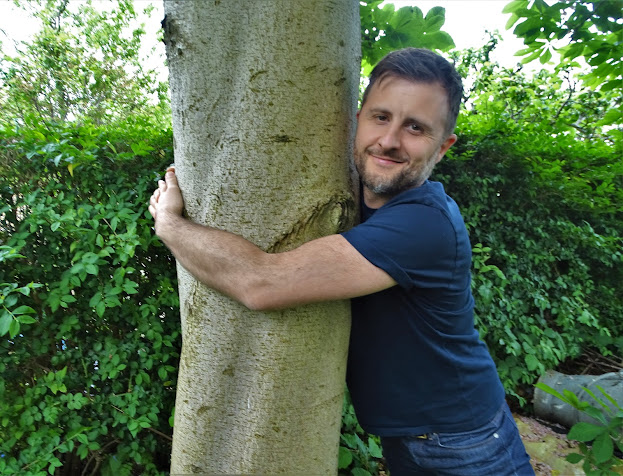 Our Ian and the conker tree last weekend

It was in the autumn of 1987 when a little boy and his doting father walked along a quiet lane where horse chestnut or conker trees grew. It was in The Ewden Valley in South Yorkshire. Conkers were everywhere. Some were still in their spiky seed pods and others had bounced away after hitting the ground.

The small boy and his father gathered conkers in a shopping bag and when they got home they placed one of them in a plant pot. It sprouted the following spring and a year after that they moved house without forgetting to bring the tiny conker tree with them.

That little boy was my son Ian who will be thirty eight years old this summer and of course the doting father was me.

In thirty five years that conker tree gradually increased in size to become a giant that stood forty feet off the ground. When a tree stands just a few inches tall, you never really visualise what it might become.

Today Ian's mighty tree was brought down in three hours by a small team of tree surgeons wielding chainsaws. I asked the leader how much wood they thought they'd be removing and he said between 1.5 and 2.0 tons. To think, the original conker probably weighed no more than two ounces! 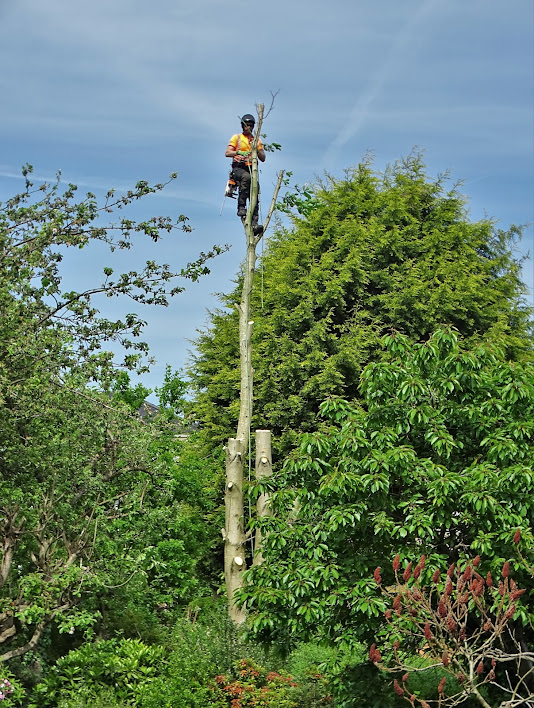 Tree surgeon at work today
Well, we have saved some of the wood - hopefully to make into bowls and chopping boards so that Ian will always have tangible souvenirs of his special tree. Also, a friend who has a log burner asked us to save him a pile of logs. In addition, I asked the fellows to leave a six foot stump that could henceforth be used as an extra bird table.

I feel quite sad that the tree has gone. Sometimes pigeons nested in its branches. For thirty three autumns I cleared up its fallen leaves and  in thirty three springs I watched it budding and bursting into life. It's rather like parting company with an old friend, one that I will always remember fondly. 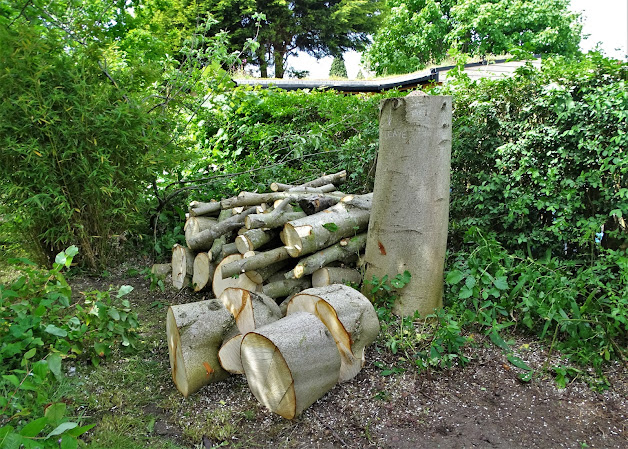