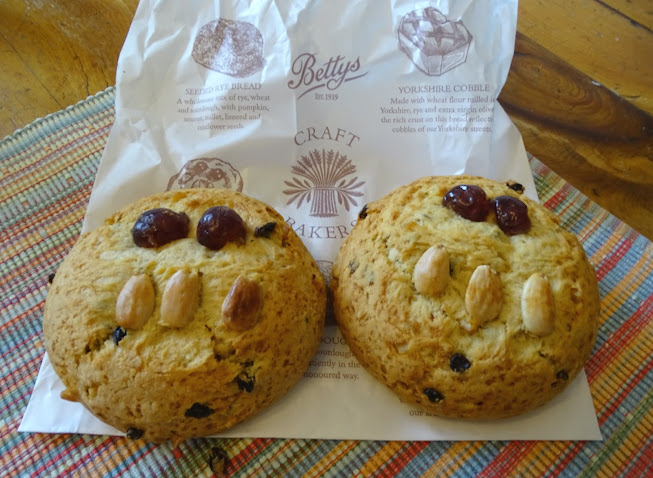 When I chose "Yorkshire Pudding" as my nom-de-plume I had also been thinking about "Fat Rascal". The fat rascal is another baked Yorkshire delicacy made famous by Betty's tea shops in Harrogate and York. It is essentially a large scone with some ingredient twists - including citrus peel and sour cream or creme fraiche.

We looked after Little Phoebe on Monday night and took her to nursery school on Tuesday morning. Mummy and Daddy were away for the night celebrating Daddy's birthday in a country hotel near York. When they returned, they gave us two fat rascals as a reward - bought at Betty's tea shop in Harrogate on Tuesday morning. See the picture at the top.

They were very yummy. I guess that if you eat too many fat rascals you might become a fat rascal. Back in June 2005, I decided against the nickname as my body was and remains as lithe and sculpted as that of an Olympic swimmer.