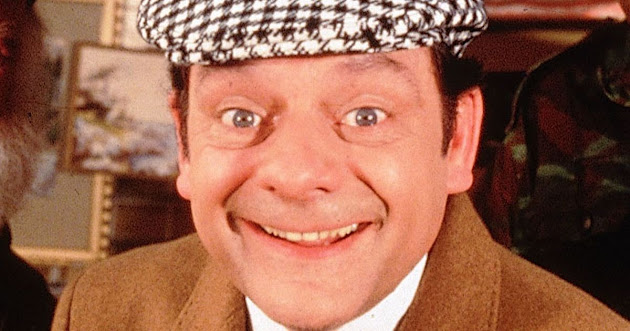 I was at another funeral this week. The deceased was a neighbour I had known for thirty three years though it was only within the last four or five years that we would stand in the street and have a nice chat together. Previously it had just been polite "hellos".

He was eighty seven though you would never have guessed it. He had a full head of hair and was well-groomed and upright. What lines there were upon his face spoke of laughter and contentment, not pain nor self-pity. He had lived a happy life and enjoyed a long marriage that spanned sixty seven years. He had three daughters, five grandchildren and one great grandchild.

He was Jewish but his wife was Church of England and they were living proof that religiously mixed marriages can work out just fine. You don't need to marry within the faith you were born into though I guess this is easier to claim in a  tolerant city like Sheffield than in some other parts of the world.

What I mainly want to say about Gerry's funeral is that he gave very clear instructions. He left his financial affairs in  order and wrote down exactly what he wanted to happen on the day he was laid to rest. This included a recording of him singing "My Way" with a backing group.  It was a very tolerable and original rendition from a man who was obviously confident in his singing ability.

In the second half of his working life Gerry became a successful wheeler dealer within the motor trade. He built his own independent business and made many of his customers happy with the deals he worked out for them. Jokingly, he was sometimes likened to a British sitcom character called Derek Trotter or Del Boy who appeared  in "Only Fools and Horses". Thus, as Gerry's coffin was carried from the chapel into the sunlit cemetery, the music that accompanied the procession was that programme's theme song:-

Stick a pony in me pocket
I'll fetch the suitcase from the van
'Cos if you want the best ones
But you don't ask questions
Then brother, I'm your man
Cause where it all comes from is a mystery
It's like the changing of the seasons
And the tides of the sea
But here's the one that's driving me berserk:
Why do only fools and horses work?
Needless to say, Gerry had reserved his own burial plot in a quiet corner of the cemetery and that's where he was laid to rest. His immediate family cast single roses into the hole where his coffin had just been lowered.
Will you be leaving any instructions for your final departure?  What will you request?
- May 26, 2022