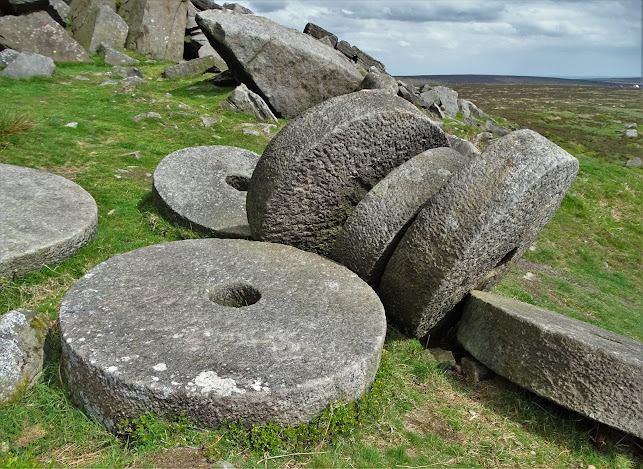 Long time visitors to "Yorkshire Pudding" may recall that one of my favourite stomping grounds in the local countryside is Stanage Edge - just over the border in Derbyshire. It is a 3½ mile millstone escarpment running north to south and over the decades I have taken many photographs there.
A few years back, another photographer who used to post to the "Geograph" website referred to me as The King of Stanage Edge and that is a sobriquet that certainly meets with my approval. 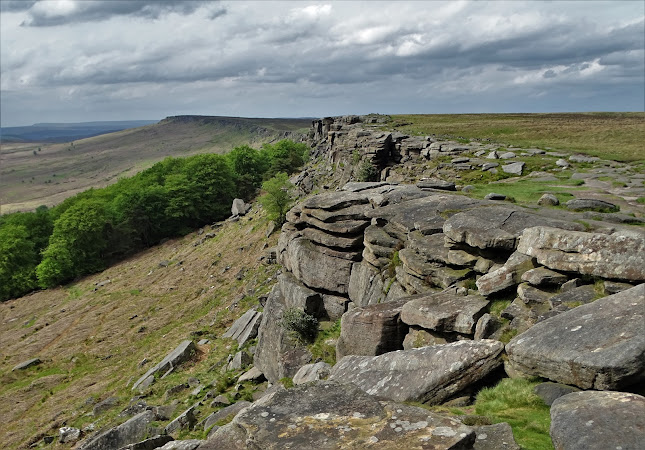 I had another walk up there on Tuesday afternoon and of course came home with yet another set of  digital images in my Sony bridge camera. The top and bottom pictures show abandoned millstones carved long ago. It is thought that the hand carving of millstones along the escarpment had ceased by World War One. The industry was at its height in the middle of the nineteenth century. 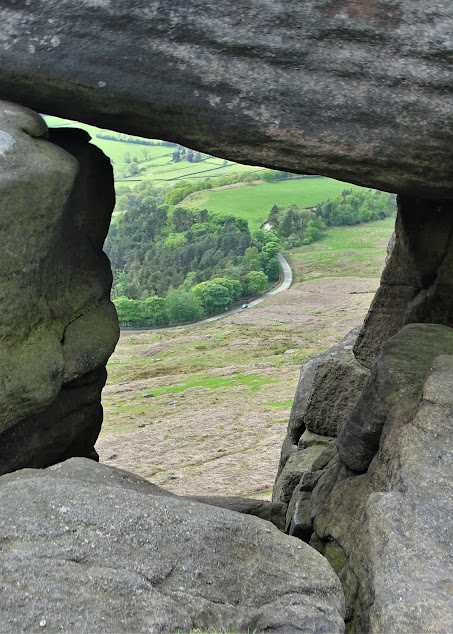 The picture above shows a stone "window" close to Robin Hood's Cave
Stanage Edge is very popular with rock climbers. In fact, it is a veritable magnet for them. When my late brother Paul was at Liverpool Polytechnic in the second half of the  nineteen sixties, he travelled  over to Stanage more than once with other members of that institution's  climbing club. It is a pursuit that has never appealed to me because of the very real possibility of falling and ending up in a wheelchair or a cemetery. 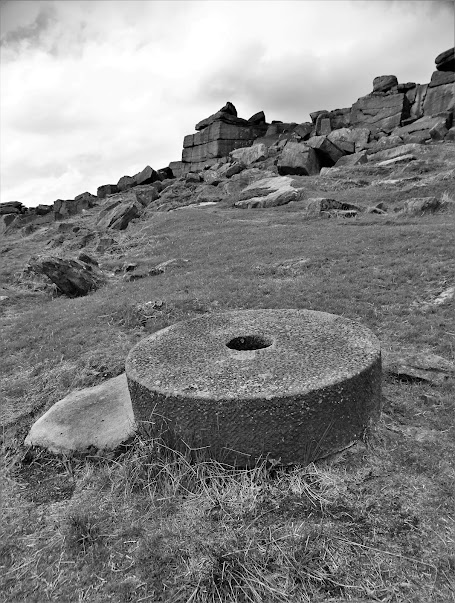 Thinking of brothers... my younger brother Simon (aged 66) has finally been told by an oncology consultant that he has no more than six months left to live. A chemotherapy regime could perhaps extend his life for up to a year but Simon has declined that treatment. I guess he is thinking: What's the point? It is highly unlikely that he will reach his sixty seventh birthday. I am his "next of kin" so of course I need to be available for him as his life ebbs away through the coming  months. We hope and expect that he will be given expert support by MacMillan cancer nurses as he travels his final journey.
- May 19, 2022