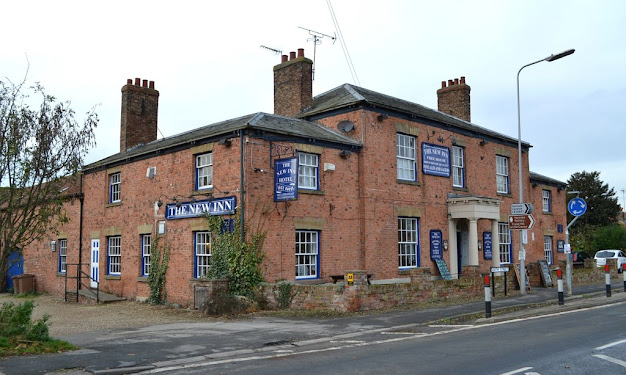 London-based media. publishers, screen and stage writers, advertisers and the rest  seem to subscribe to the notion that Britain has become a multi-cultural society. Of course that is true but to what degree?  There are many towns and villages in this country that remain as mono-cultural as Britain appeared to be in say the nineteen thirties.

Let me illustrate this by referring to "The New Inn" in the East Yorkshire village where I was born. I stayed there twice recently when visiting my brother Simon and transferring him to hospital.

On the Friday night, after a walk along Leven Canal, I returned to "The New Inn" for a couple of pints of beer and an evening meal. The place was buzzing. I would estimate there were a hundred and fifty people in there - some dining and some just drinking.

It was a great weekend atmosphere. I am sure I observed everybody who was there and do you know what? They were all white English - no doubt mostly Yorkshire-born and bred like me. There wasn't one black or brown face amongst them.

About four years ago, we attended a wedding in Gainsborough, Lincolnshire. There were around two hundred guests at the reception and apart from me, they were all white Lincolnshire folk - again not one black or  brown face.

You only have to study  our country's current demographics to realise that the vast majority of our citizens are still white British with roots that go back generations.

That does not make those people racist or unwelcoming to folk from other ethnic backgrounds. But when they look at their televisions or their newspapers, they must sometimes feel that their reality is being sidelined or unacknowledged  by those who prefer a politically correct and modish image of Britain as a rainbow, multi-ethnic nation.