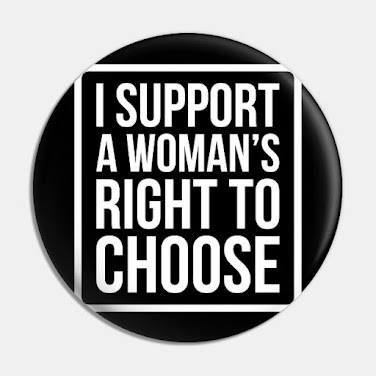 Frankly, what is happening in America in relation to laws that concern abortion is simply terrible.

Pro-life Bible bashers and other right wingers are turning the clock back as they seek to prevent abortion in all circumstances. That position is both cruel and ill-considered. In my opinion, there is only one abortion slogan that is worth repetition - "A Woman's Right to Choose".

When my late grandmother Phyllis was thirty two years old, she was desperate for an abortion.  Her very survival was threatened by an unwanted pregnancy. She already had two children who she had previously  been forced to send to live with her parents. A third child would have been economically disastrous.

In her desperation, she chose the back street method that involved  knitting needles. I don't know all the gynaecological details but she nearly bled to death and afterwards she was incapable of having any more pregnancies. With legal access to  a quality abortion service, my grandmother would have probably been perfectly fine and her fertility would not have been compromised.

When I think of the pro-life brigade, my mind always drifts to Malawi, to rural India, to Bolivia and Eswatini. I think of malaria and infant mortality and of babies dying because of diarrhoea and dirty water supplies. What are the American pro-lifers doing to help babies and small children in such distant lands? They claim to care about unborn children but really they are only bothered about white American babies. When all is said and done it appears to be the birth they care about - not the life that follows.

Having an abortion is not something that anyone should seek lightly. Many potential mothers who opted for abortions live with self-recrimination till the end of their days. That's just how it is. But it is not up to me, to you nor to anyone else to hinder access to safe and legal abortions nor to stand on moral high ground passing judgement on women, often young women who have been caught. History should have taught us all that if you deny a woman  a safe, legal abortion she will be driven elsewhere.