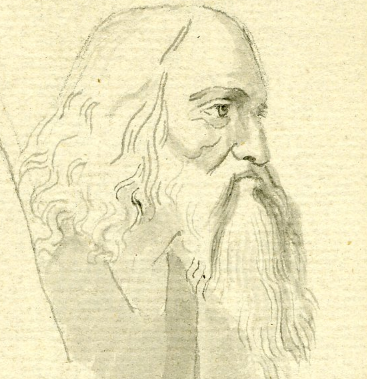 In yesterday's blogpost, I neglected to tell you that while I was at Bleaklow Stones I met God. It was just like the dream of my childhood. He had long flowing grey hair and a long grey beard and the expression upon his timeless face was serious - as if he was carrying all the troubles of the world upon his shoulders. Upon refection, I guess he was and always has done.

In my childhood dream, God was wearing a long, flowing white robe - like an oversized Victorian nightdress. However, when I met him at Bleaklow Stones he was wearing hiking boots rather like mine, dark grey shorts and a light grey T-shirt on which these words were boldly printed in black - "I AM GOD".

At first I didn't see him. The greyness was like a camouflage. He was sitting against a weathered rock munching on a manna sandwich.

I was going to simply ignore him, respecting his personal space but he raised a bony grey hand to wave at me so I went over and spoke with him. I tell you it was a real surprise when I discovered that he was God as I have spent all of my thinking life disbelieving.

"Sit down and join me my son," he whispered. His echoey voice seemed to curl around the stone outcrops like smoke.

Time seemed to stand still while I talked with God. We spoke about many things and God was kind enough to bless this blog which it turned out he has visited many times.

"There are many advantages to being omniscient," he winked.

We covered global warming, the dinosaurs, Christianity, The Black Death, who wrote The Bible, Hull City A.F.C., Brexit and Donald Trump. God insisted that he hadn't engineered the presidency for Brer Trump - it was Satan in league with the Russian president whose name he could not remember, excusing himself with the reminder that he has been around billions of years. "I can't remember everything Mr Pudding!"

I asked him if he could arrange it so that I will win the National Lottery jackpot this coming Saturday and he pledged that, if he remembered to do it,  my numbers would indeed come up. In exchange I gave him the other half of my water. He glugged it down and wiped his beard saying, "That was lovely my son! Thank you."

It was time to go our separate ways. God slung his rucksack over his shoulders. I noticed that two angel wings had been embroidered on the rear pocket. They were golden. We shook hands and he whispered, "Go in peace!" He refused point blank to have his photograph taken. Silly old God!

Was it mist or low cloud that descended upon the stones? He was heading for Bleaklow Head. I watched him fading away into the landscape and began to quietly sing a hymn I remembered from the years when  I was a choirboy in Holy Trinity Church...
Ye holy angels bright,
Who wait at God's right hand,
Or through the realms of light
Fly at your Lord's command,
Assist our song,
Or else the theme
Too high doth seem
For mortal tongue.
And when I looked again he had gone beyond those voiceless stones and tussocks of moorland grasses and spindly heather. I don't suppose I shall ever meet God again. He smelt of candlewax and sandalwood joss sticks and it looked as though his nose had been broken at some time in the past. I hope he remembers those lottery numbers!
- July 20, 2018