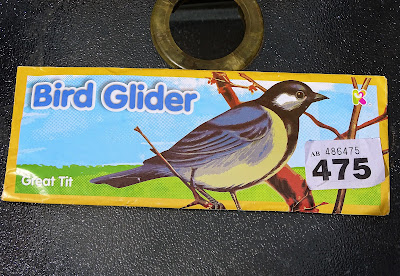 Earlier this month, when we were at The Mull of Galloway, we went into the RSPB centre (Royal Society for the Protection of Birds). There I bought some tombola tickets and won the bird glider shown above. It's a great tit! Okay it wasn't like winning The National Lottery jackpot but I was still happy.

Yesterday, I put the glider together. It took two minutes. Here it is. Looks just like a great tit don't you think? I bet that Red Deer City's leading birder Mr Red at Hiawatha House will be impressed:- 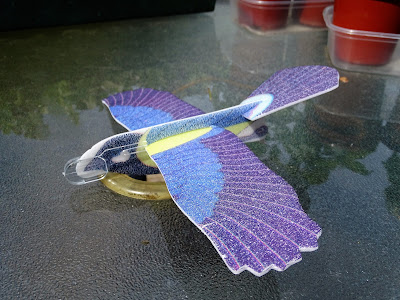 Next it was time to try out the glider in our garden. I found it difficult to control but sometimes it did glide successfully like a bird on the wing. However, it kept landing in awkward places

Here the great tit has landed on our blue hydrangea bush:- 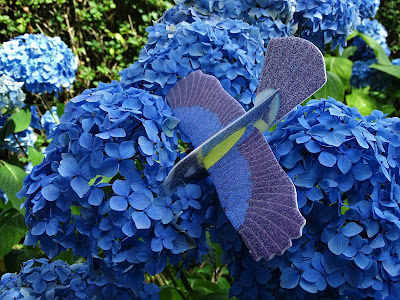 Oh dear! Now the great tit has landed close to The Lord Buddha and one of our hosta plants:- 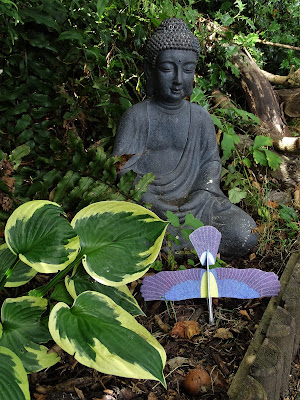 Now the great tit is trying to mix with living birds by landing on one of our bird tables:- 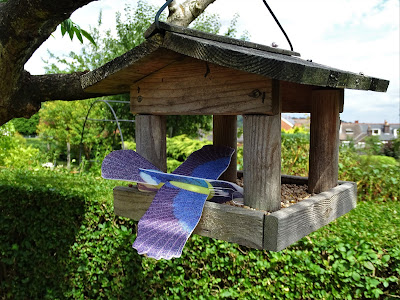 And now the great tit has landed on Peep the Lamb's head! Peep was confused and said, "maaay! maaay!" 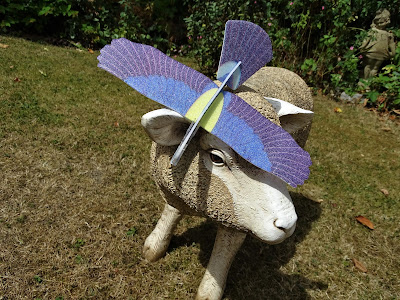 An hour of glider flying was enough for me. After all, it's possible to have too much of a good time. You have to draw the line somewhere.
- July 24, 2018