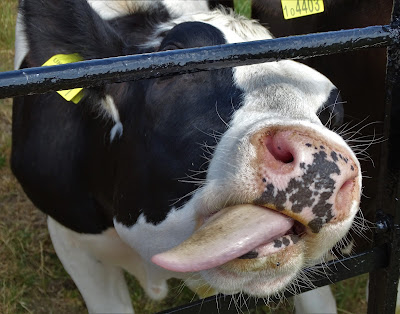 Above - we were visiting  the Drurmroddan Cup and Ring Stones when we were surrounded by a herd of young cows and guess who their leader was? Yes, it was that damned Penelope again! See that vulgar tongue she extended in my direction! Disgusting!

Below - with St Ninian's Cave ahead, I paused on the beach to stack stones. I think I have a talent for this harmless activity as my hands are so steady, I am patient and I enjoy seeing the end result. It is an art form that anyone can attempt if there are stones around. Next time you are on a beach why not give it a go? It is most satisfying. 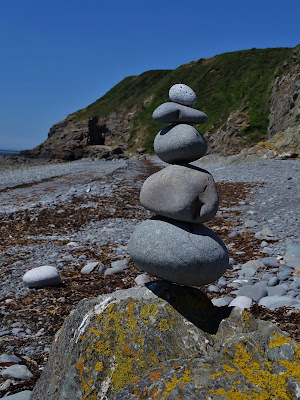 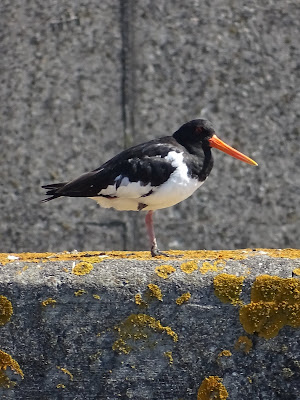 Above - an oystercatcher on the harbour wall at Drummore and below three standing stones at Drumtroddan. Two of them have fallen down but they were all erected by a community of Ancient Britons around 4000 years ago.. Nobody knows for sure why a group of our ancestors went to such trouble. Was the project linked with some sort of pagan belief system?  We may never know for sure but mystery can often be far more delicious than truth. 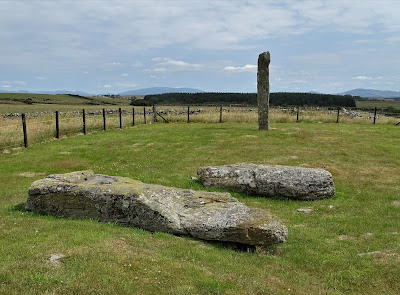 Below the bronze statue of a random mariner looking out from the seafront at Port William to The Mull of Galloway. In front of him is an inscribed rock which reads, "What is this life if full of care we have no time to stand and stare?" It is indeed a good question, courtesy of the Welsh poet W.H.Davies. 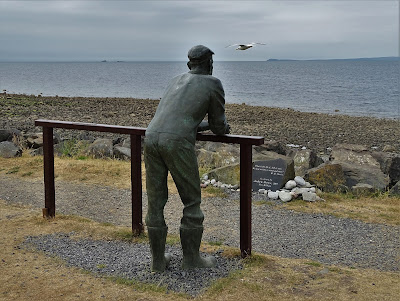 On our last night in south western Scotland we went to a concert in Newton Stewart. It heralded the beginning of the little town's fifth annual folk festival. One of the performers was Hannah Rarity - a talented singer with the voice of an angel. Hannah recently became BBC Radio Scotland's Young Traditional Musician of the Year... 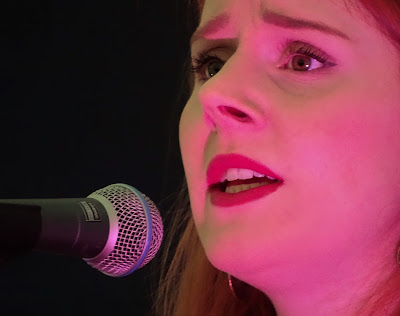 Hannah is singing in a Scottish dialect. "Leal" means faithful or loyal and in this song "The Land o' The Leal" is the place where the dead reside.
- July 10, 2018