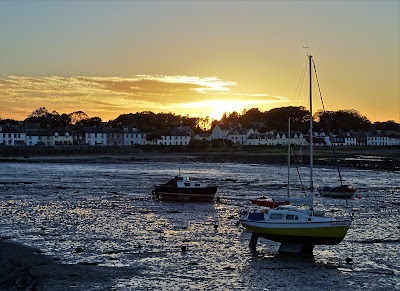 Five hours of driving between Sheffield and here. "Here" is the coastal village of Garlieston on a peninsula known as The Machars. It is generally believed  that this is where Christianity first arrived in Scotland.

Shirley and I have never been here before. Generally speaking, we like to visit new places, rarely returning to holiday locations we have visited before. And this is certainly new to us. Somewhere to explore. An adventure.

Saturday's weather was stunning. Proper summer with blue skies. We stopped off at the "Aldi" supermarket in Newton Stewart to purchase provisions and then carried on to our rental cottage looking out over Garlieston Bay. The owner, Betty, was waiting for us and I must say we are very pleased with the peaceful cottage and its facilities.

After unpacking we strolled to the village's only pub - "The Harbour Inn" and quaffed some refreshing beer before returning to our temporary home for cold chicken, salad and new potatoes, Delightful. Afterwards, courtesy of the television set,  we watched Uruguay knock Portugal out of The World Cup

I am writing this just before midnight and outside it is still not entirely dark. The last vestiges of sunset are clearly visible in the west. I  shall publish this blogpost and then go to bed. Life can be so hard sometimes! Yawwwn! Night-night or should I say - Good morning! 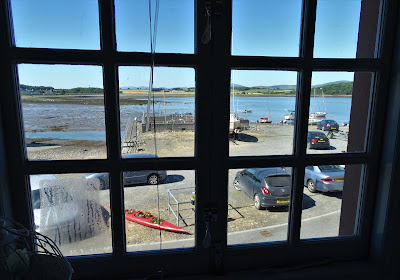 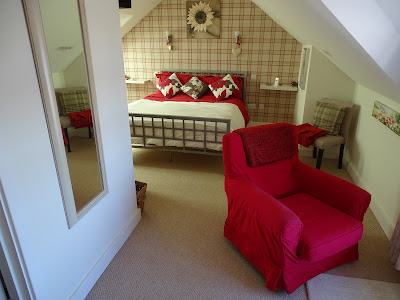 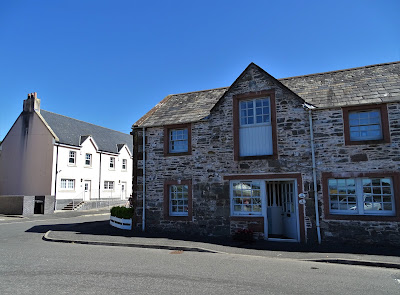