On Friday, Clint and I drove over to Cheshire again - beyond Buxton but still in The Peak District. It was the hottest day of the year so far and all over England high temperatures were recorded - making it the third hottest day on record. 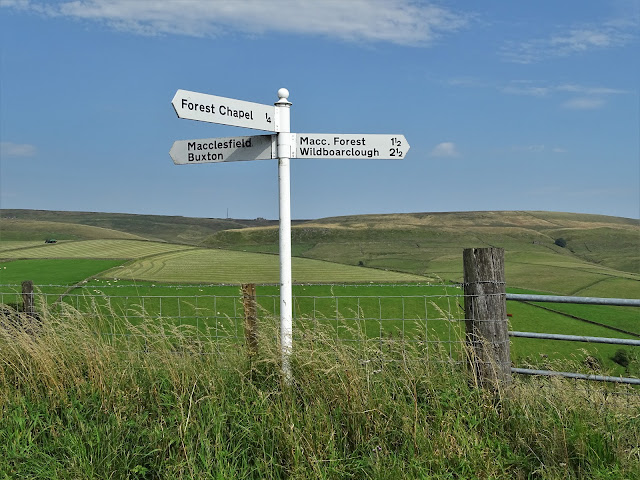 I drove through the hamlet of Bottom-of-the-Oven - yes you heard me right - and then turned up a narrow lane before parking in another tiny village called Forest Chapel. I was in shorts with my muscular weightlifter legs revealed for all and sundry to see. I slapped sun lotion on them - and on my face and arms too. Then I swigged a pint of water before beginning my trek - sensibly wearing my faded cotton beanie hat from Malta. 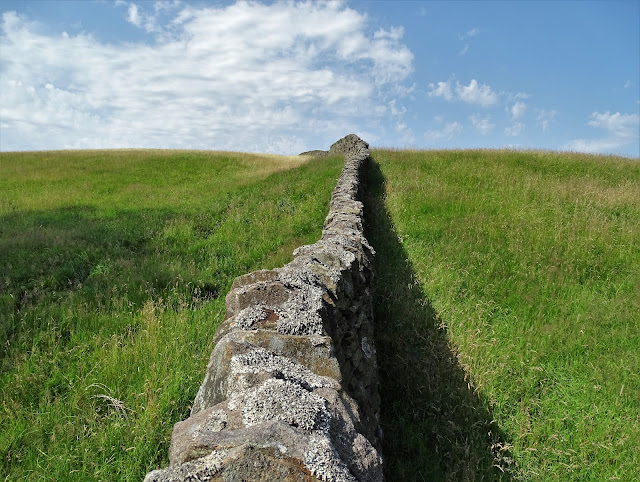 Five hours later - returning to Forest Chapel - I was as weary as a Chinese patriot at the end of The Long March. Positively mule-like, I trudged up the lane and was finally reunited with my silver machine - Lord Clint of Clintshire. I had finished the water in my rucksack four miles beforehand while looking over Lamaload Reservoir and so I was pleased that I had left another flask in Clint's boot. I drank it down like air.
Then it was back over the hills, through Buxton, Doveholes, Castleton and Hathersage. Still as thirsty as a Saharan camel, I pulled in to the car park of "The Norfolk Arms" at Ringinglow and ordered not one but two pints of bitter shandy. I guess I was in recovery mode after the hot miles I had plodded. These pints were guzzled quite rapidly and I was back home by six thirty.

It was a delicious kind of fatigue and after eating a hasty chicken salad with buttered potatoes I was soon snoozing on the couch, remembering the things I had seen in that lovely corner of  Cheshire on such a wonderful summer's day. Sometimes I feel truly grateful to be alive, to be able to walk so many miles and to live in such an amazing country. Blessed, really blessed.
- August 02, 2020