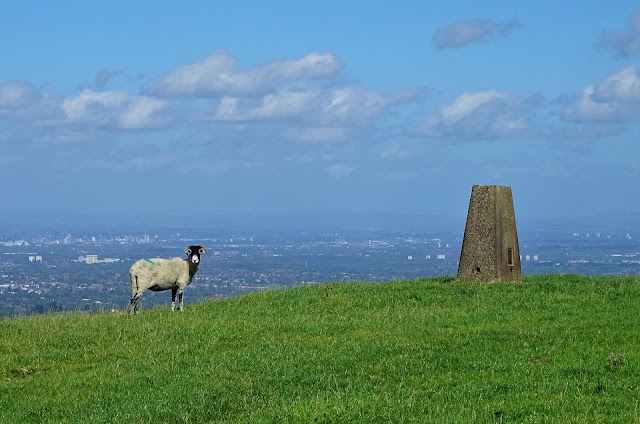 On Sponds Hill with Manchester beyond
"Yesterday...all my troubles seemed so far away". Because of the rosy weather forecast, I had been looking forward to a good, long walk. I was up, showered, breakfasted and off before nine thirty.

Clint kindly transported me through The Hope Valley then on to Chapel-en-le-Frith, Whaley Bridge and Kettleshulme before I parked by a single track lane that leads eventually to Bollington. Once again, Google Streetview had been most helpful in identifying somewhere I could safely park my silver beast. 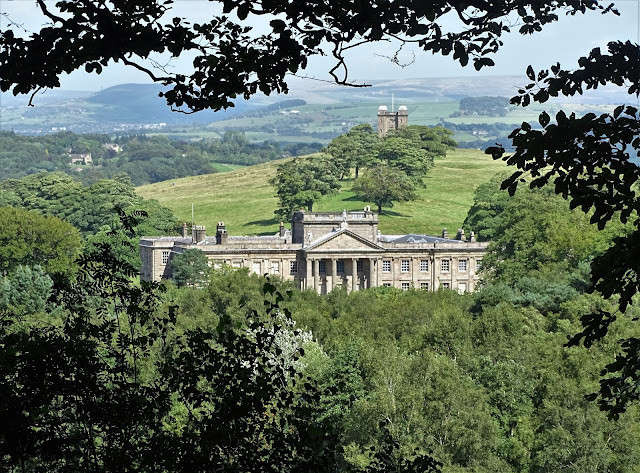 With boots on, I plodded along The Gritstone Trail, heading north to Bowstonegate before descending into the extensive grounds of Lyme Park - former stomping ground of The Laird of Eagleton. Lyme Park is the largest and most significant stately home in Cheshire. I took pictures of the house from Knightslow Wood but did not have time to explore the grounds nor visit the house itself. After all, I had ten miles to plod.

Lurking in a hollow I stopped to take a photograph of a photogenic shed but needed to wait till the sun emerged from behind a summery cloud. A lone female walker froze with obvious concern - as if I might be the bogeyman of her worst midnight fears. I explained why I had stopped there and she was reassured. We walked on together for a little while till I found another image to focus upon. 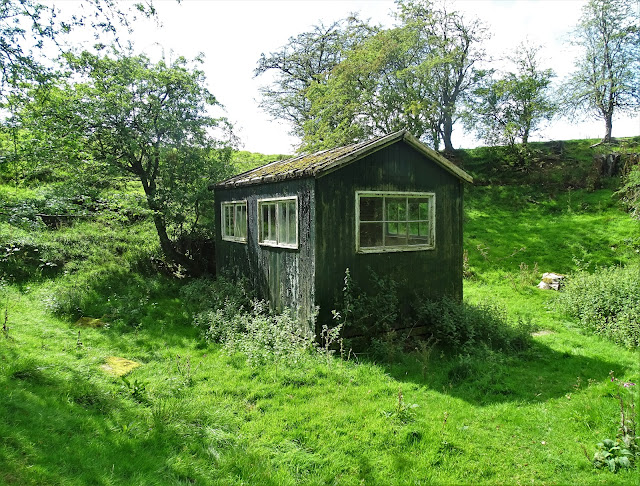 Up there on the moors above Bollington there used to be small coal mines and stone quarries but that activity ceased many years ago. Still there are scars and signs in the landscape despite Mother Nature's incredible healing processes.

At Brink Farm hundreds of sheep had been corralled. I stopped to take some pictures and should have taken more. They were writhing and panicking, not used to being herded together like that even though they are flock creatures. Why they were there I am not sure. Perhaps they were about to be driven to an abattoir. They certainly looked sheepish. 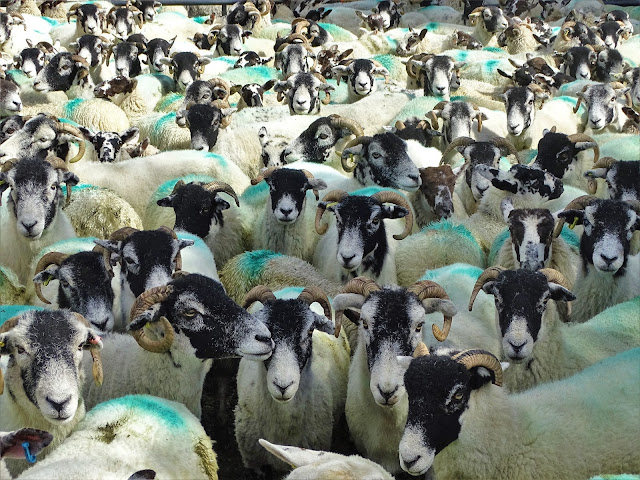 At three o'clock I reunited with Clint before our hour long journey back to Sheffield.

"Did you have a nice walk?" asked Clint.

"Sure did my friend," I replied. 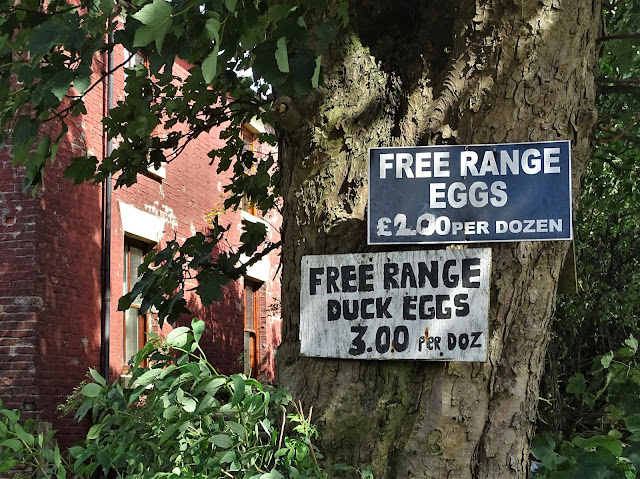