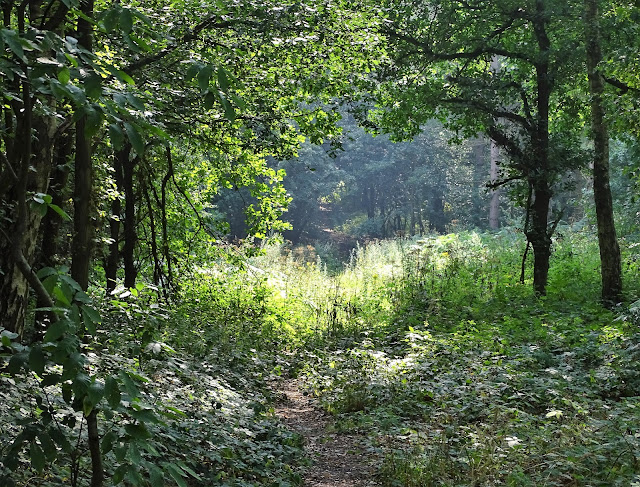 At first I thought that it was just in my imagination but as I proceeded along the forest path I became more and more certain. It was the sound of a mandolin being played with some aplomb. This sweet music mingled with the sounds of the greenwood - cooing wood pigeons, cawing rooks and the rat-a-tat-tat of a woodpecker.

I was in what remains of Sherwood Forest having plodded in there from Nottinghamshire's smallest town - Market Warsop. Another sub-tropical day in August - it was good to be in the shade of the oaks, the beeches and the ash trees. To my left I thought I saw a young deer leaping almost silently through the shady undergrowth.

The music was closer now. I knew that there was a junction of forest paths up ahead. The mandolin player began to sing:

Alas my love you do me wrong
To cast me off discourteously;
And I have loved you oh so long
Delighting in your company.
And there he was sitting on a log with his eyes closed in a manner that is typical of many traditional folk singers. This gave me chance to observe his strange attire. All greens and browns with pointy felt shoes and a jaunty felt hat with a pheasant's feather at the side - pointing backward.
I was as quiet as a mouse but clearly he sensed my presence and the music ceased immediately. He leapt to his feet, casting aside his mandolin while simultaneously grabbing a staff that had lain at his feet. He brandished it aggressively.
"Who art thou?"
"I beg your pardon?" I grinned.
"Thy name stranger! Thy name?"
I decided to give him my blog name for personal security reasons.
"They call me Yorkshire Pudding!"
"Pudding of Yorkshire! Dost thou know who I am? Dost thou know the band to whom I have sworn my allegiance?"
"Nope! Can't say I do mate!"
"I am Allan-a-Dale - official minstrel to Mr Hood and his Merry Men!"
Allan made one of those piercing whistles using finger and thumb in a clever technique that I have never managed to master. The sound echoed deep into the trees. 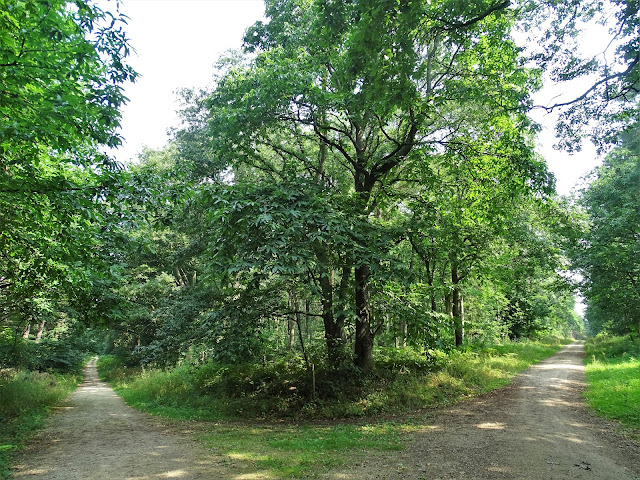 In less than thirty seconds, I was surrounded by a gang of similarly attired men. They appeared as if by magic. One of them must have been almost seven feet tall and there was a fat monk in a brown robe. They were joined by a beautiful damsel with golden hair who said her name was Marian - "...spelt with two a's!"
They were keenly interested in my walking boots, my Swiss watch and Japanese camera and in the contents of my "Converse" rucksack. You should have seen their mouths fall open when I showed them my huge banana! I had the impression that none of them had ever seen a banana before.
"Bind him!" said the giant with the big beard. "We shalt taketh this pudding to Robin. Robin shalt decide what shalt become of this strange creature!"
"Strange creature?" I protested but the giant was having none of it.
He clouted me unceremoniously with his bear-like paw and I was subdued.
Whatever it was that was happening had not been on my radar when I set off from Market Warsop that morning. I felt as if I had entered some kind of time warp. But how the hell was I going to get out of it... back to the future? 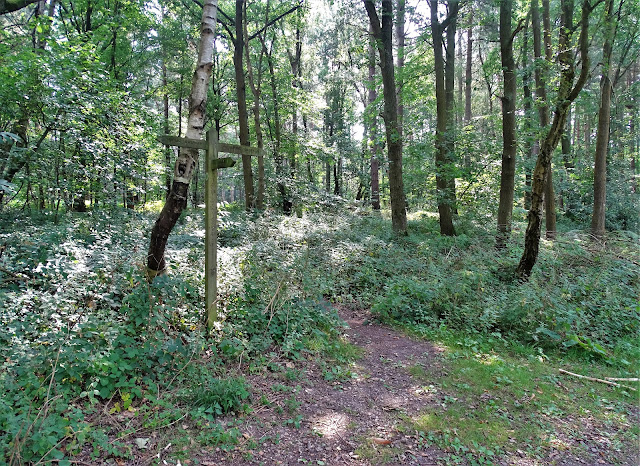 Email ThisBlogThis!Share to TwitterShare to FacebookShare to Pinterest
Labels: Walking