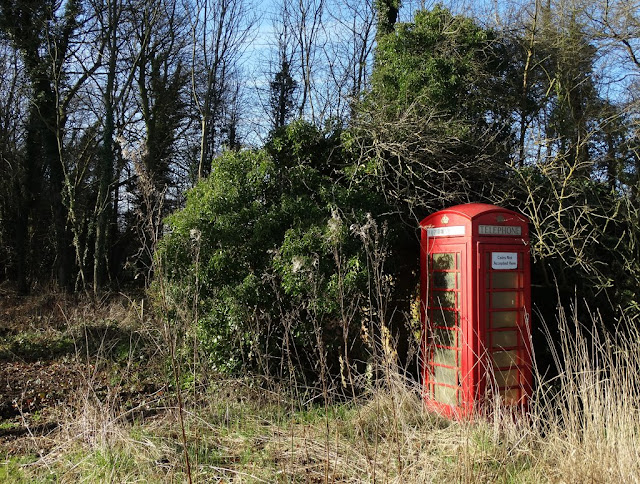 Somehow Britain's famous red phone boxes said something about who we were as a nation. They were strong, permanent structures made from iron and boldly painted red. They had glass panes for there was confidence that law-abiding citizens would not break them. And they were a visible declaration of our belief in both new technology and communication.

Every community of any size had its own red phone box and you would also find them at remote crossroads in the countryside or in banks of half a dozen in busy city centres. They had pierced royal crowns beneath domed roofs and the word "telephone" appeared on all four sides - illuminated at night like a beacon. 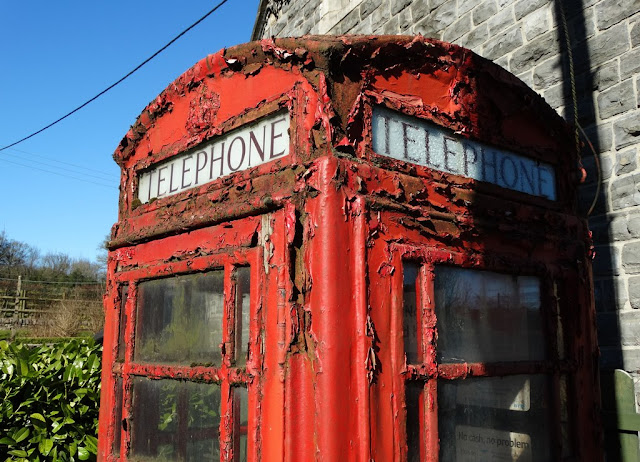 The iconic K2 design was the brainchild of one of this country's leading architects - Giles Gilbert Scott back in the mid-nineteen twenties. From London, the phone boxes spread all over the kingdom like an army of red-coated guards. They were reassuring and as I say very solid on their concrete plinths. In contrast, so much that we now have in the modern world is flimsy, with  limited lifespans - disposable, plastic, tissue-thin. The K2 phone kiosk was not meant to be like that. It was made to last in a time when nobody predicted personal portable communication devices. 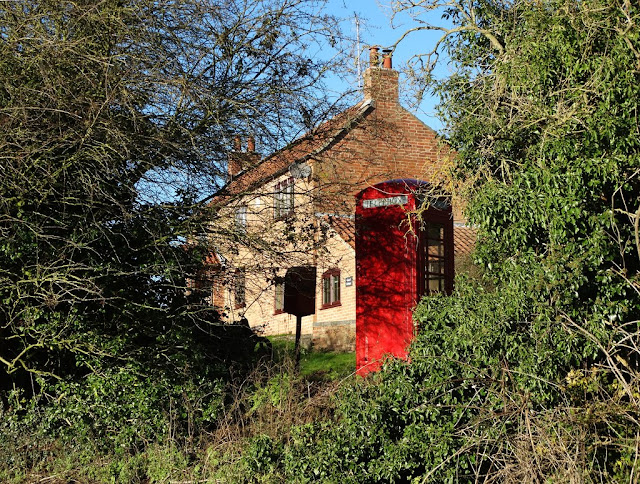 This blogpost was inspired by the content of  "Shadows and Light" this very morning so thanks to Steve Reed. Looking back through my "geograph" library, I see that I have taken more than fifty pictures of red phone boxes on my many rambles. Whenever I spot an old phone box, I am tempted to snap it in the belief that next time I walk there the box may be gone.

In practical terms, we do not need them any more. We hold them in affectionate regard partly because they have come to represent a golden time in our history. A simpler time between the wars, a time of carthorses, unlocked doors, endless summers and upright pianos when swallows cavorted over barley fields and Britannia still believed that it ruled the waves. 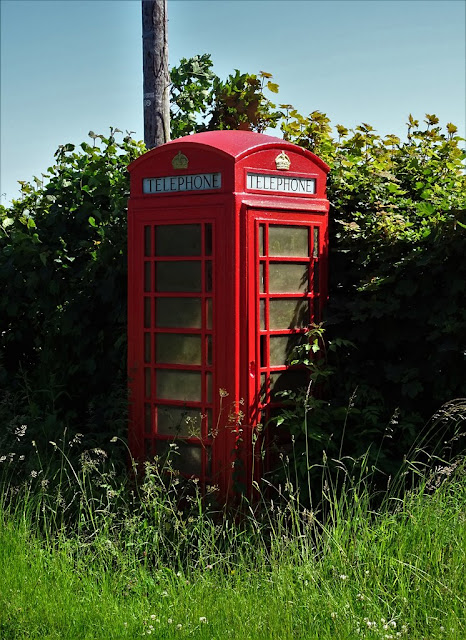 How sad to see them rusting now, paint peeling, wreathed in cobwebs, converted into toolsheds, showers, homes for defibrillators, community libraries, phones ripped out, "Telephone" no longer lit up, places where men urinate or prostitutes leave calling cards, places for litter and invading ivy. By these boxes memories were made - of love  and friendship and family connections to faraway places. It's not the same now. The world has changed. 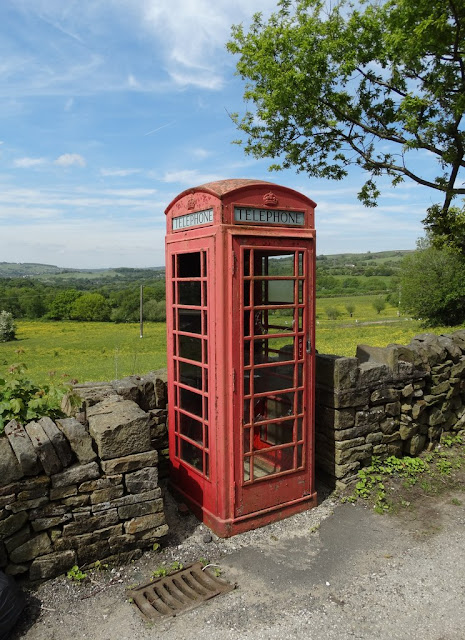