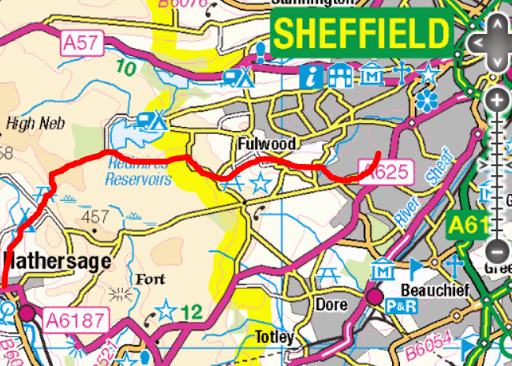 The red line describes my route
Clint is all filled up with a dismantled cot bed that I collected from a rich family's house at Dore. You can see that well-heeled suburban village  on the map above.
Consequently, when I got up yesterday morning I was reluctant to drive my moody vehicle out of the city for the purpose of taking a walk. Instead, I caught the 10.05 number 272 bus to Hathersage and alighted outside The George Hotel.
I had the idea of simply walking back to our house in Sheffield - a distance of almost ten miles. The terrain was varied and the route took me by North Lees Hall, over Stanage Edge to Stanage Pole and across boggy moorland. Then I descended the valley of The River Porter to Forge Dam where I climbed out of the valley along Ivy Cottage Lane. Onward to Bents Green and then past High Storrs School where both my son and daughter were pupils. Almost five hours after setting off I was back home feeling delightfully weary.
I made myself a mug of tea and a bacon and egg sandwich before settling down on the sofa to review the few photographs I had taken in geographical squares that are all very familiar to me. Later today I will be heading down to London in a hire van. Frances and Stewart are coming back to Sheffield where their baby will arrive in the same city where they were both born. This is in effect a side benefit of COVID: Frances can work here as effectively as she used to do in her fancy London office. 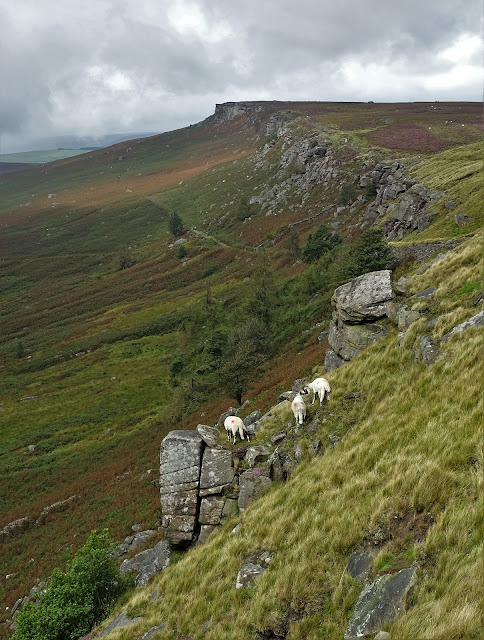 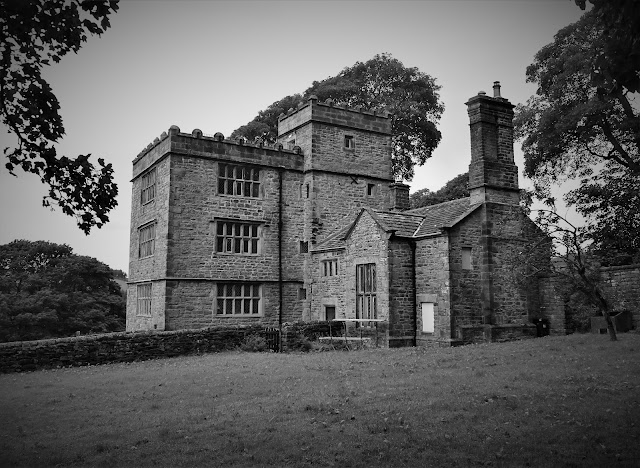 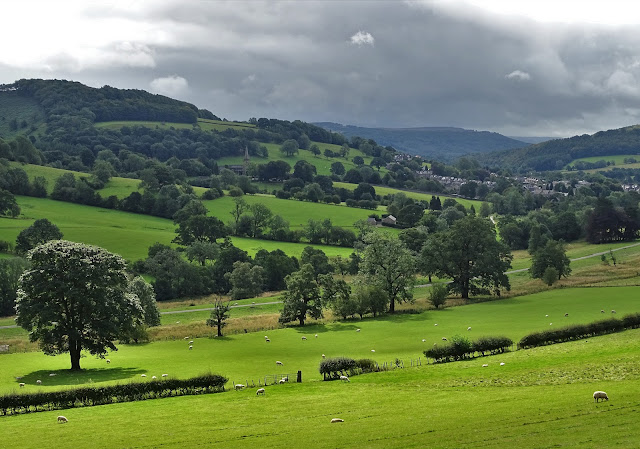