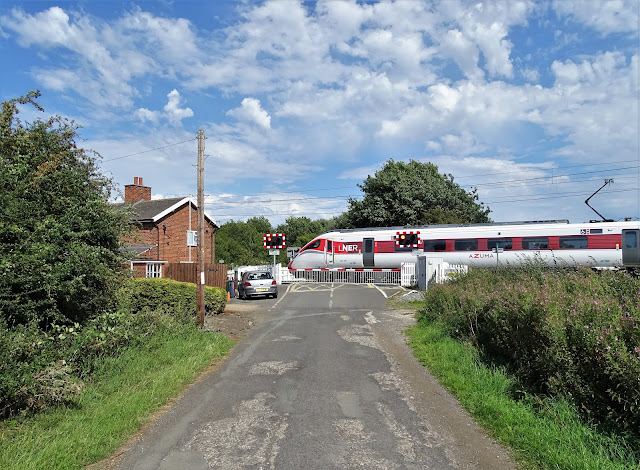 I was out in the heat again yesterday - the second Friday in a row. The heat was so thick and chewy that it reminded me of the tropics. Not a breath of wind. Swallows panting on telephone lines. Drainage channels dried up. Grain crops turning golden in the fields.

Clint had been tied up by a gateway to the east of the village of Moss, ten miles north of Doncaster. Setting off towards Fenwick, I realised that the fifteen mile walk I had planned might not be a good idea in that heat. I perused my map and found a way of reducing the distance to around ten miles. It was easy going - all flat and some of the walk was on very quiet lanes where not a single vehicle passed me by. I disturbed two or three hares that scooted off as if I was the devil incarnate.

Near Fenwick, a herd of young black cattle watched me from behind their electric fence. Though they had water there was not one patch of shade.

Twice I had to cross the main east coast rail line that runs up from London to Doncaster before surging on to York, Newcastle and Edinburgh. The trains zoom by like rockets and at each of the crossings there were old railway houses - still occupied. Imagine that every half hour - thunderous machines passing within two metres of your living room. It would help to be stone deaf. 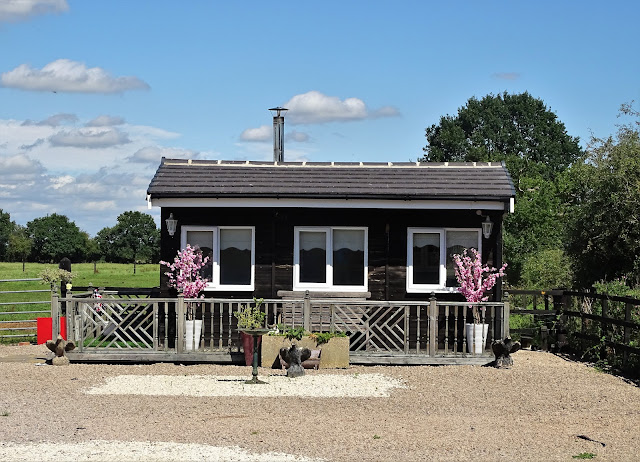 Onward to Askern, a former coal mining village. Somewhere I had never been before. I sat on a bench by the children's playground guzzling cold water and eating my usual walking lunch - an apple and a banana. I realised that I might have looked like a paedophile on the prowl but all I needed was that bench to rest upon for five minutes. Fortunately, I was not surrounded by a baying mob. 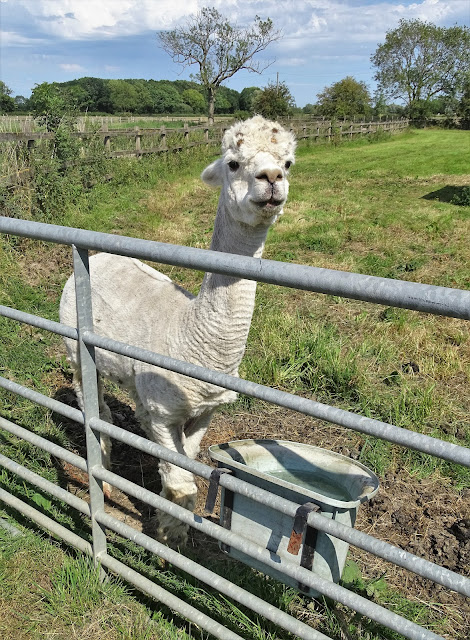 Moss is an odd place. If it ever had old buildings they all appear to be gone. Now there are numerous palatial houses with railings, automatic gates and stone lions or horses' heads on gateposts. The village has no community facilities - no shop, no school, no church, no village hall. Nothing. Even with a big, magazine-style mansion it is not a place that would ever appeal to me.

And then there he was - my South Korean travelling companion - fuming in the gateway.

"You didn't even rub any sun lotion in my bodywork!" he moaned. "It has been bloody scorching!"

As we  set off, "Blind Willy McTell" by Bob Dylan was playing on the sound system but Clint said he would prefer something called K-Pop. That term means nothing to me. By Doncaster, Dylan was singing "Dignity". It's a three CD compilation album that showcases the brilliance of Minnesota's revered minstrel...

So many roads, so much at stake
Too many dead ends, I'm at the edge of the lake
Sometimes I wonder what it's gonna take
To find dignity.
- August 08, 2020