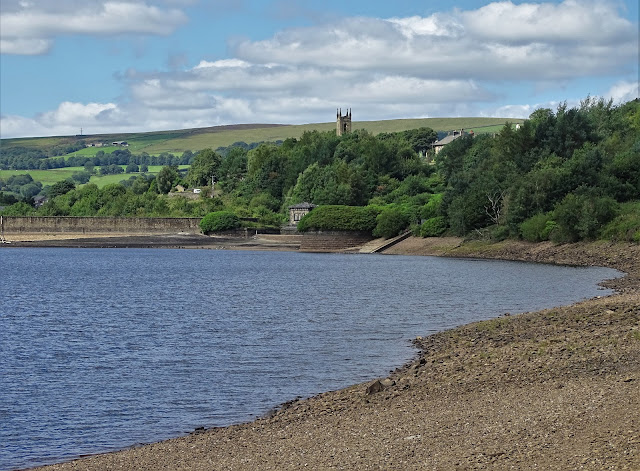 Bottoms Reservoir and Tintwistle
At 3pm yesterday I met up with "the lads" once again at "The Hammer and Pincers". I have never been a daytime beer drinker but I am starting to get used to these leisurely Monday afternoon sessions that have arisen because of COVID.

In two hours, we talked about a range of things from Mike's failing right eye to Mick's experience of selling vibrators at the Bowshaw car boot sale to Danny's grandson's circumcision in peculiar circumstances in Chicago. His son married into an American  Jewish family though he is of Irish Catholic descent. Apparently, the circumcision happened without his knowledge or permission. Utterly flabbergasting. I might make a blogpost about male circumcision some day soon. That's something to look forward to isn't it?

When I was able to get a word in edgeways, I talked briefly about the ramble I enjoyed yesterday morning before our afternoon session.

I had got up early to fire up Clint's engine before driving over The Snake Pass to Glossop. Then I turned right at the crossroads there before leaving my silver beast tucked up against a wall in the village of Padfield which is right next to the village of Hadfield.

"I think I'll have a kip," he said as I rooted around in his rear end for my boots. "I'm not used to early starts you know!" 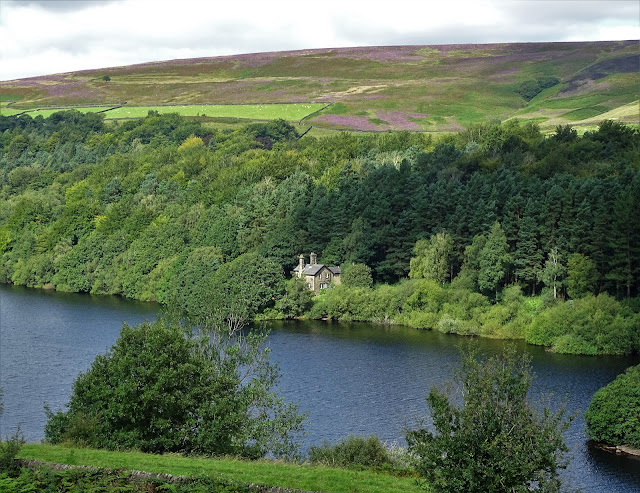 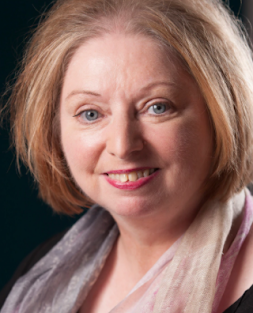 I descended into the great valley of Longdendale which is home to a row of Victorian reservoirs. Back in 1877, they represented the largest man-made body of water in the world. That water was ingeniously harnessed to serve the endless thirst of the burgeoning city of Manchester. From east to west the reservoirs are called Woodhead, Torside, Rhodeswood, Valehouse and Bottoms. The engineer behind this ambitious scheme was John Frederick Bateman (1810-1889).

There weren't many people around - just a few dog walkers. Because of the pub gathering at three, I knew I would have to get back to Clint by around one thirty so there was little time for inquisitive diversions. However, I did discover that the award winning historical novelist Dame Hilary Mantel spent the first eleven years of her childhood in Hadfield and after leaving the reservoirs behind, I marched down a street called Brosscroft specially to take a photograph of Number 20. 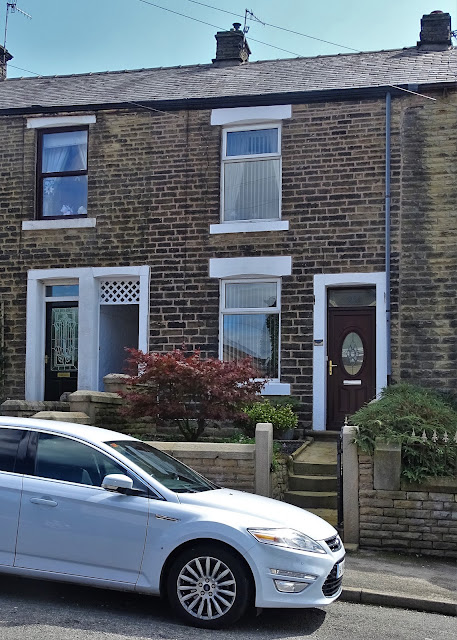 There was no need to race home over The Snake Pass. Sensibly, I had given myself enough time. That road can be very frustrating with its bends, hills and narrow stretches. There is often no opportunity for overtaking so if you have a slow vehicle in front of you you might just have to patiently bear it for ten or twelve miles. As it happened I had a grey Nissan Micra in front of me and the guy's speed kept fluctuating unintelligibly. Sure enough after he had slowed to 20mph I decided to pass him just as he suddenly decided to speed up to forty. Pillock!

"Nice one!" whooped Clint as we got by. "To infinity and beyond!" 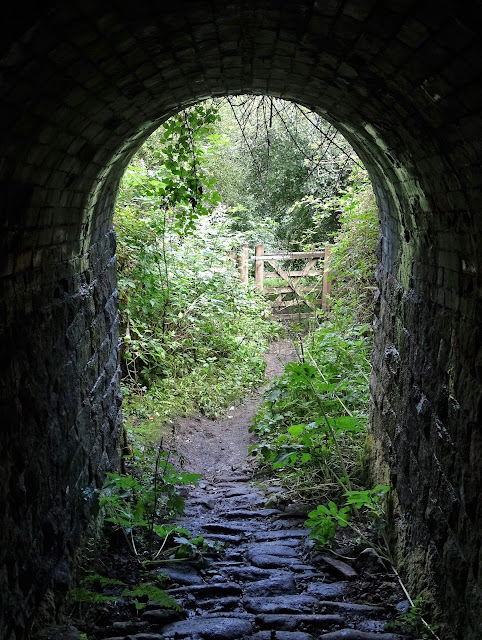